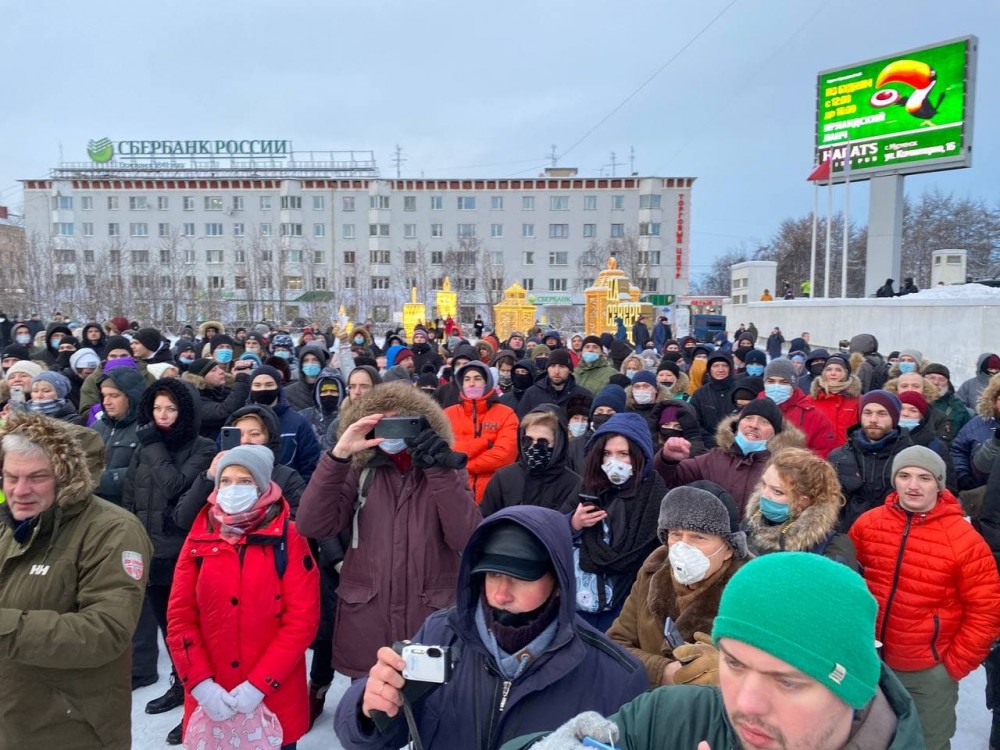 Murmansk police did not interfere when protesters at the Five Corner Square shouted "Putin is a thief" and "We are the power here" as they demanded the release of anti-corruption activist Aleksei Navalny.
Read in Russian | Читать по-русски
By

Police officers were on the sideline, observing, but let the protesters march through Lenin Prospekt downtown in Russia’s Arctic capital on Saturday.

Similar protests took place across Russia, with The Moscow Times reporting about more than 2,000 people arrested in cities in European Russia, Siberia and the Far East. Among the detained was Lyubov Sobol, a close ally of Aleksei Navalny and lawyer for the Anti-Corruption Foundation. Sobol was brutally arrested while giving an interview to Moscow journalists during the demonstration on the Pushkin square. Also, Navalny’s wife, Julia, was detained by the police.

In Murmansk, the demonstration was more undisturbed.

A few hundred, mostly young people, gathered at the central square in front of Hotel Arktika before the march continued south on the Lenin Prospekt.

Russian authorities had before Saturday’s protests sent strong warnings against attending, including a call from the Education Ministry to parents to keep an eye on what their children were planning on Saturday. The censorship watchdog, Roskomnadzor, had also requested social media sites to remove posts promoting participation in the rallies. In Murmansk, the Prosecutors Office warned against going to the Five Corner Square, calling the planned protest “unlawful”.