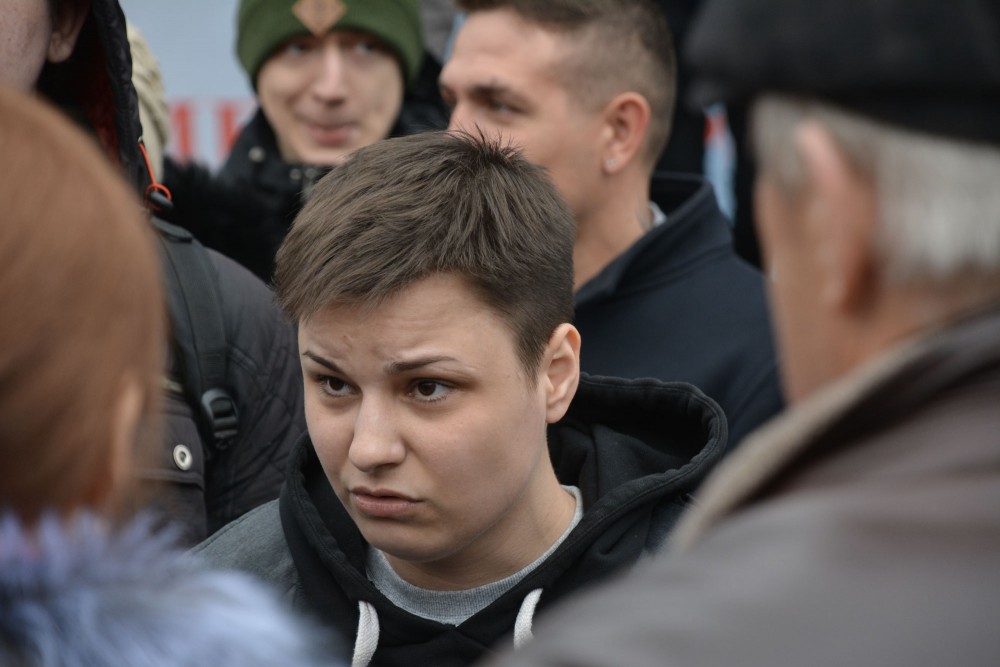 Navalny’s political motivated arrest, protest against corruption, economical repression and a more totalitarian state are the main reasons why Russians take to the streets.
Read in Russian | Читать по-русски
By

“We will meet again at the Five Corners Square…, on January 31,” a tweet posted by Navalny’s support team in Murmansk reads. On Wednesday, coordinator Violetta Grudina was detained by the police.

Last weekend’s demonstrations across Russia were sparked by Aleksei Navalny’s arrest on his return from Germany where he had been treated after the assassination attempt while traveling in Siberia last August.

More than 3,000 protesters were detained in different cities, but the march in Murmansk took place without police interference.

Putin condemned the protests as “illegal and dangerous.” In Murmansk, schools tried to change schedules to make it difficult for teenagers to participate. That didn’t help. Most of the protesters walking down Prospekt Lenin shouting “Putin is a thief” and “Free Navalny” were of the younger generation.

The question now is if the arrest of Navalny could become uncontrollable, a snowball effect, for Putin’s regime. Next protest in Moscow is said to be in front of Lubyanka, FSB’s Headquarters on the hill above Kremlin, while other weekend rallies are announced in city centers from Vladivostok in the east to St. Petersburg in the west.

Russians’ anger is not only triggered by the arrest of Aleksey Navalny, but as well a protest against corruption, economical repression and a more totalitarian state.

Navalny’s politically motivated arrest and authorities’ lack of investigation into the use of chemical weapons in the assassination attempt has triggered international protests.

Norway’s Prime Minister, Erna Solberg, writes on twitter “Europe’s voice is stronger when we stand together. And I believe we need to stand together now to say the following: We call for Alexei Navalny’s immediate release!

Concerns about Navalny’s arrest was also brought up during the first phone conversation between Vladimir Putin and Joe Biden.

G7 foreign ministers made a joint statement condemning the arrest. “We are also deeply concerned by the detention of thousands of peaceful protesters and journalists, and call upon Russia to adhere to its national and international obligations and release those detained arbitrarily for exercising their right of peaceful assembly on January 23.

In Murmansk, Violetta Grudina was brought from detention to the Octobersky District Court on Wednesday, but charges are still unclear. The day before, local law-enforcement officers came to her home, drawing up a protocol for violating the mask requirements and for organizing last weekend’s protests.

Navalny’s team responded by posting a photo of Murmansk governor Andrey Chibis being at a street marked without wearing a protective mask.