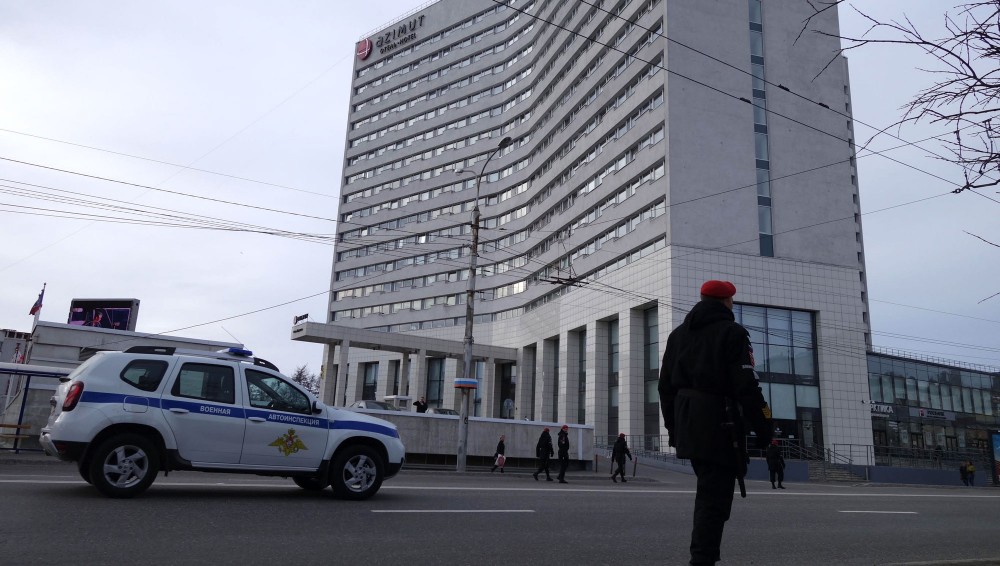 One and a half year after he called for the execution of Vladimir Putin in a post at VK Oleg Kovalyov faces up to 7 years of jail on terrorism charges.
Read in Russian | Читать по-русски
By

The man from Murmansk in December 2019 raged against the president in a comment on the social media. Kovalyov called for the re-introduction of death penalty in Russia and for the execution of Putin and the whole elite in the Kremlin.

“Putin is a  murderer! Putin is a thief! Death to fascist Putin! Death to all his helpers! Let’s have a revolution in Russia!” Kovalyov wrote, according to OVD-info.

Prosecutors soon caught interest in the case and extremism charges were pressed against Kovalyov.

In June this year it became clear that the charges were extended to include also terrorism.

Kovalyov has pleaded guilty with the extremism charges, but is not willing to agree with the terrorism allegations, OVD-info reports.

“I fully admit guilt for violation of Article 280 [extremism], but not with the extended charges,” Kovalyov told the news agency.

He is reported to have deleted his VK page before the detention by police.

Prosecutors say they have added another three cases to the charges against Kovalyov. But no details about those additional cases have so far been made available.

The number of cases of extremism and terrorism in Russia has grown significantly over the past year. The most known is the persecution of Aleksei Navalny and his Anti-Corruption Foundation that in early June this year was declared an “extremist organisation” and subsequently made illegal in Russia.

In north Russian region of Komi a woman was in early 2021 charged in a similar case as the one against Oleg Kovalyov.

In the period between December 2018 and March 2020, Yelena Rodvikova published several VK comments on the basis of which she is charged with extremism and terrorism.

According to the FSB, Rodvikova has a “persistent dislike” with members of the State Duma, federal officials and the President, Sever.realii reports.