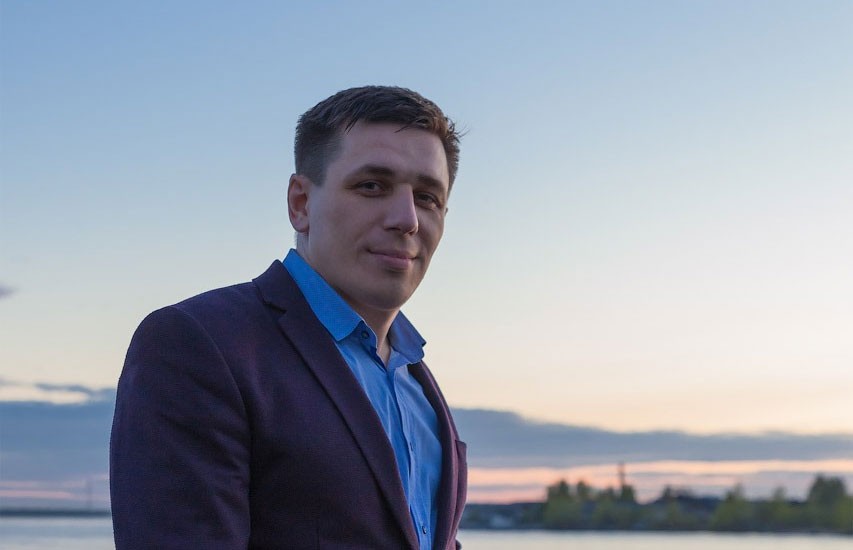 Andrei Borovikov got 2,5 years behind bars for sharing a music video by rock group Rammstein on social media. Photo: private

The €10.000 awarded to Aleksei Navalny by the Boris Nemtsov Foundation will be spent on prisoners of conscious, among them Andrei Borovikov from Arkhangelsk.
Read in Russian | Читать по-русски
By

Borovikov is one of four prisoners that will get a share of the award money, 7x7-journal reports.

From his prison cell outside Moscow, Aleksei Navalny says that he will split the €10,000 in four parts that will be spent on the support of imprisoned supporters and their families. Among them is Andrei Borovikov, the former head of the Navalny office in Arkhangelsk.

Borovikov has been in jail since April this year for sharing a music video by the German rock group Rammstein.

The former regional coordinator of Aleksei Navalny’s office in Arkhangelsk on January 22 stood trial in the Lomonosovsky District Court in Arkhangelsk. On April 29th, he was taken away by police and will not be seen in public until late 2023.

“Dear friends, whatever will happen to me, that must not affect your spirit of protest,” the former leader of Aleksei Navalny’s regional office in Arkhangelsk said in an address ahead of his arrest.

Andrei Borovikov was convicted as his wife was pregnant and the young mother is now home alone with their new-born son.

In the course of several weeks, the prisoner of conscious was this summer sent to prison colonies in Yaroslavl and Kirov, but on the 13th of September he was again back in Arkhangelsk, his social media informs.

The Boris Nemtsov Foundation in February announced that Aleksei Navalny is awarded this year’s Prize for Courage.

In a statement, representatives of the foundation said that Navalny has “not only demonstrated incredible personal courage, but also made an outstanding contribution to exposing corruption and increasing citizens’ engagement in Russia’s still-existing political procedures.”

According to the foundation, Navalny has become “a symbol of resistance to tyranny across the world.”