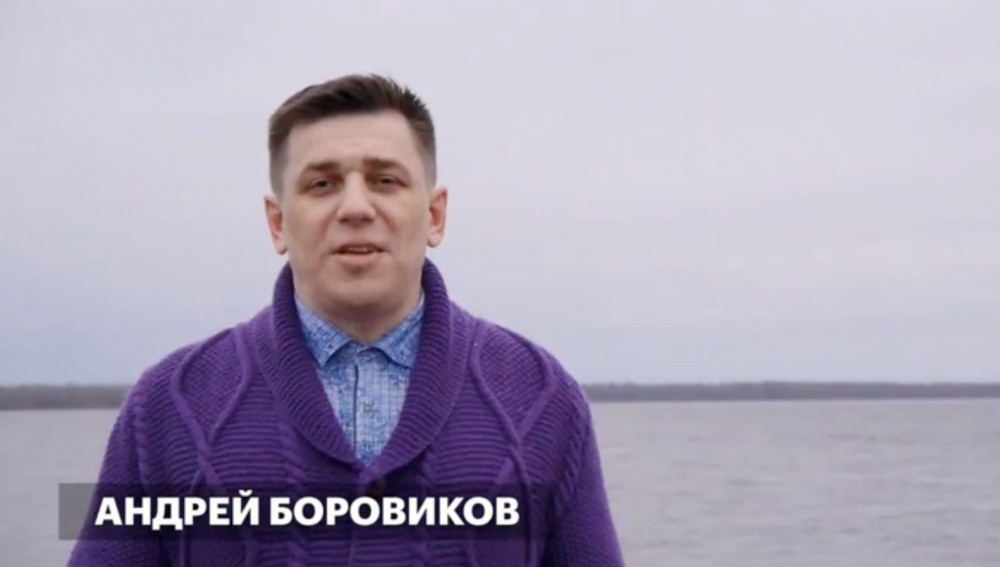 Andrei Borovikov will spend the next 2,5 years behind bars.

"Dear friends, whatever will happen to me, that must not affect your spirit of protest," the former leader of Aleksei Navalny's regional office in Arkhangelsk said in an address ahead of his arrest.
Read in Russian | Читать по-русски
By

In 2014, Borovikov shared a music video of the song “Pussy” by Rammstein on his VK page. On Thursday this week, he was sentenced to 2,5 years in jail for “distribution of pornography”.

The former regional coordinator of Aleksei Navalny’s office in Arkhangelsk on January 22 stood trial in the Lomonosovsky District Court. On April 29th, he was taken away by police and will not be seen in public until late 2023.

Police on 29th of April took Andrei Borovikov away to the prison where he will spend 2,5 years for sharing a music video. Video shared on Borovikov’s social media

In an address recorded few hours ahead of the arrest, Borovikov called on people in Arkhangelsk to keep up protests against the regime.

“Dear brave people, bold, real people, dear friends, we have long had to keep up with this regime, that has descended our country into Putin’s lawless abyss. We have been united by the spirit of protest, a spirit of protest for our home soil. And only during these protests it has become clear for us how hard it is for people to have one’s own opinion, to be proud, a proud citizen. Dear friends, whatever will happen to me, that must not affect your spirit of protest. Because loyalty and fear is exactly what Putin’s group of bandits desires. Don’t be afraid, and in all possible ways try to harm the regime of the dictator, even with the smallest of actions. Never, under no circumstances, vote for United Russia. Act cunningly when paying your taxes, because your taxes will in any case be stolen. Dark and hard time are coming. Take care of your families and support activists. We are risking our lives and freedom so that our motherland, our beloved Russia, can be free.”

Andrey Borovikov has over the past years experienced a number of repressive crackdowns from the authorities.

In 2019, a court in Arkhangelsk found him guilty under Article 212.1 of the Criminal Code (Repeated Violations at Rallies) and imposed 400 hours of community service. The activist became the third person in Russia to be convicted under the so-called “Dadin’s Article” (named after Ildar Dadin, the first activist convicted under it).

In early September 2020, Borovikov was fined 4.000 rubles under Article 6.13 of the Administrative Code of the Russian Federation (Drug Propaganda) for publishing a music video of the song “Legalize” by Detsl on vk.com.

“His critics is clearly disliked by the authorities,” Amnesty underlines.