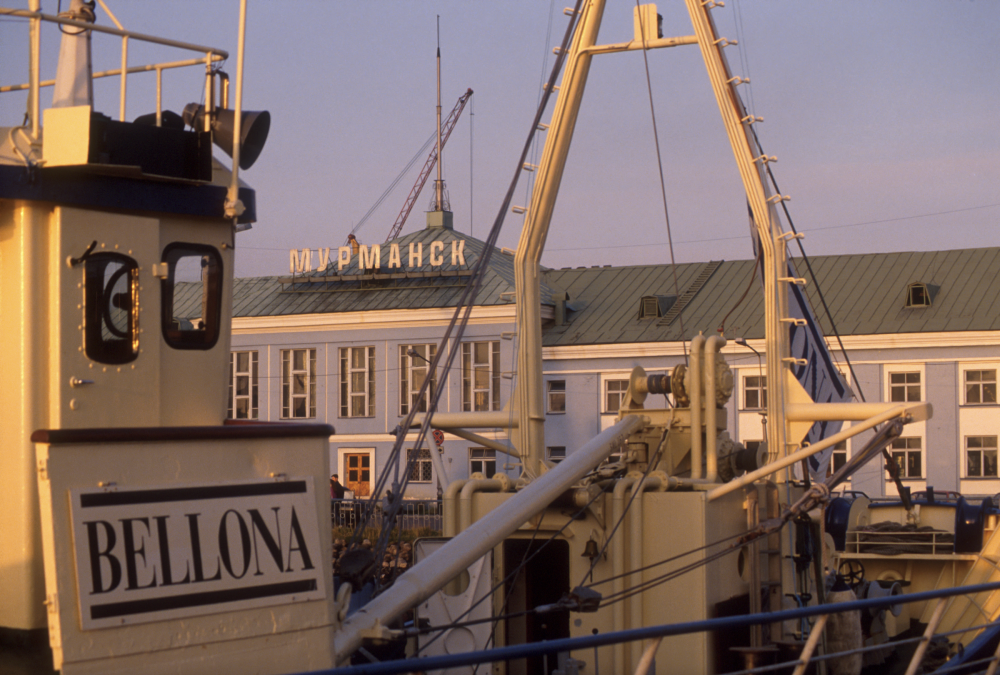 The environmental group Bellona has worked in Russia since the early 1990s. Here from a visit to Murmansk with the organization's expedition vessel in 1992.

With the Russian invasion of Ukraine, we will no longer be able to continue the work with civil society, business and government, says the environmental group that has been active in northern Russia since the breakup of the Soviet Union.
Read in Russian | Читать по-русски
By

“This is a dark time for humanity and for the environment,” the Norwegian-originated organization says in a statement. “Our thoughts are with all the victims of the war.”

Bellona’s Russian offices, in St. Petersburg and Murmansk, are independent groups but work in close cooperation with the Oslo office. Focusing on nuclear safety, the organization has since the mid 1990ties helped target international funding to dismantle Cold War submarines and secure radioactive waste in the northern regions of Murmansk and Arkhangelsk.

“There is always a concern for the safety of these facilities. In times of war, this concern rises many times over,” Nikitin says to the Barents Observer.

On the Kola Peninsula, Bellona’s work opened the door for international technical and financial cooperation at sites like the navy’s dump in Andreeva Bay, the nuclear icebreakers’ waste storage at Atomflot in Murmansk and in Gremikha, the abandoned submarine based on the eastern shores to the Barents Sea where spent nuclear fuel containers were stored outdoor exposed to the harsh Arctic climate.

“I think that international cooperation will stop in many areas, including in the use of atomic energy,” Aleksandr Nikitin says.

In 2017, Bellona’s Russian branch was declared foreign agent by the Ministry of Justice in Moscow who argued that the group was doing political work with funding from abroad. Despite being stigmatized, Bellona reorganized its offices’ legal statutes and continued to work and expand activities to include nuclear safety and renewable energy projects in Ukraine.

“Our purpose has to this day been to raise awareness, create a safer future and increase human wellbeing through open cooperation, belief in science and honest dialogue. We have seen firsthand what great progress can be made when the international community rallies around a common cause for good. Solving these issues is the very science of progress. War is the science of destruction,” Bellona states.

“We will therefore halt our external activities in our Russian offices for the foreseeable future,” the organization says, but underlines that when this war is over “we are ready to continue our work and outreach.”