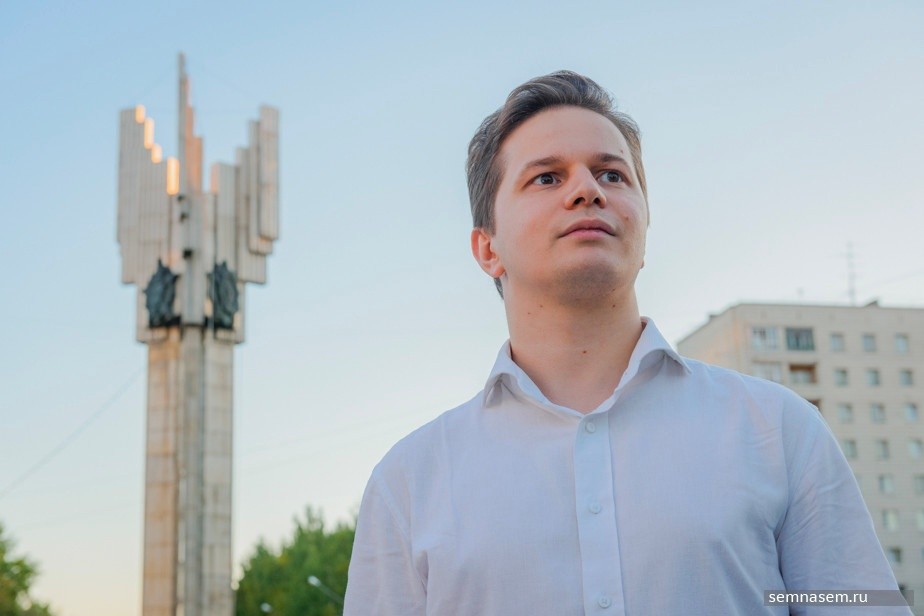 Anti-war politician Viktor Vorobyev is the first regional legislator that is put on the List of "Foreign Agents." Photo: private/7x7-journal

A lonely politician from the Russian North speaks up against war

Viktor Vorobyev has been arrested for his participation in an anti-war rally and repeatedly bashed Putin's regional establishment. In April, the member of the State Council in the Komi Republic became the first Russian regional legislator to be put on the country's list of so-called Foreign Agents.
Read in Russian | Читать по-русски
By

“This is an unjust and immoral war that will bring Russia and Ukraine nothing but blood, tears and poverty,” Vorobyev underlined in an address recorded only few days after the massive Russian onslaught on the neighbouring country.

“There can be found no justification for this war in international law, and the Russian political and military leadership’s violation of the UN Charter is evident for the whole Free World,” he stressed, and added that he “without conditions condemns the attack on Ukraine and calls for immediate end to war actions.”

The statement triggered outcry in the regional parliament of the Komi Republic. Only a day later, the leaders of all the parties represented in the assembly issued a condemnation of Vorobyev. “He has allowed himself to express absolutely unacceptable comments about Russia, the President and the Armed Forces,” a joint statement reads.

In early March, the 32-year old lawyer attended an anti-war rally in St.Petersburg. He ended up with 15 days in prison.

As Vorobyev has spoke out against the invasion, several of his fellow legislators have walked around in the regional parliament building with t-shirts marked with large “Z”, the Nazi-inspired symbol of Russia’s war against the neighbouring country.

It is not the first time that Viktor Vorobyev stirs heated debate in the regional establishment of the Komi Republic. For a long time, he moderated government-critical online political talk shows on the social media platforms of Novaya Respublika together with Oleg Mikhailov.

Vorobyev and Mikhailov both represent the Communist Party and have over the past years won great popularity in the north Russian region.

Their high level of popularity combined with Aleksei Navalny’s Smart Voting approach in September 2021 brought Oleg Mikhailov to a seat in the State Duma. Vorobyev, meanwhile, took over Mikhailov’s seat in the regional parliament, the State Council.

Pressure from Uyba and the United Russia party has been mounting, and in April this year Vorobyev was included in the federal List of Foreign Agents.

He is the first ever Russian regional legislator that is put on the infamous list.

Vorobyev strongly protests against the decision and says that he will dispute it in court.

“I have never gotten any foreign financing […] and I strongly disagree with the putting on me such a tag mark,” he says in a comment to 7x7-journal. “I am a citizen of Russia and act in the interest of my electorate, and I am not an “agent” for anything else,” he adds.

His inclusion in the list has made several legislators in the Komi State Council increase pressure against him.

A representative of the United Russia party recently underlined that “foreign agents should not be allowed to be part of Russian society, they are actually spies!”

Another fellow legislator told Vorobyev that “I will not answer your questions because we know for whom you are working,” indicating that he is an agent for foreign interests, 7x7-journal reports.

Viktor Vorobyev is confident that it is his political opponents that have worked for his inclusion in the foreign agent list.

“They are tired of answering my inconvenient, critical questions,” he underlines to the journal.

The inclusion in the list is followed by a range of major problems for the young politician. In early June, media censorship authority Roskomnadzor filed a case against him for failing to meet the new obligations.

According to Roskomnadzor, Vorobyev had not marked his social media accounts with the proper information warning readers that he is “a foreign agent.”