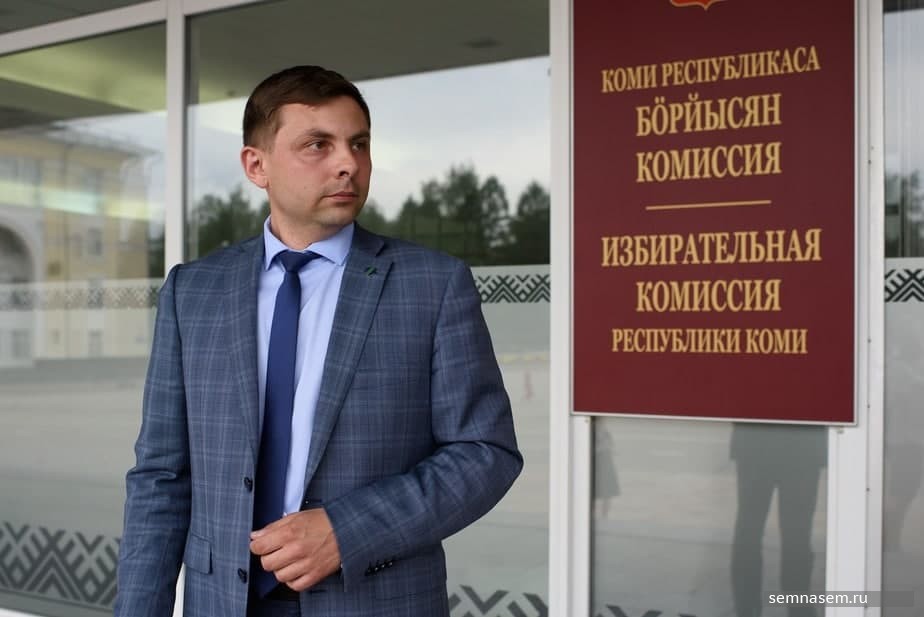 Amid comprehensive fraud from opponents, Oleg Mikhailov won the vote and will represent his Komi Republic in the Russian Parliament.
Read in Russian | Читать по-русски
By

Oleg Mikhailov is not the kind of politician Russians have become accustomed to see in their main legislative assembly.

The 34 year old man from the Komi Republic has taken part in a number of protest rallies and repeatedly lashed out against both regional and federal authorities.

Together with thousands of locals from Komi and the neighbouring Arkhangelsk region, Mikhailov vehemently protested against the plans to build a huge landfill in Shies, a pristine forest area near the border between the two regions.

He has also made regional Head of Republic Vladimir Uiba his main foe after a series of vocal controversies. In a speech in the regional State Council in late April this year, Mikhailov harshly criticized the governor-appointee from Moscow for his handling of the coronavirus crisis and for having failed to attract federal funds to the region. He also called the recently held governor’s election a “farce” and said Uyba acted as a coward when no real opposition candidates were allowed to run.

Mikhailov was himself rejected participation in the vote.

The speech in the State Council infuriated Vladimir Uiba, who subsequently approached the opposition politician with outright threats.

“In general, our political life is in such a state that the appointees of the country’s leadership ignore public debate and discussion with the opposition […],” Mikhailov responded.

Mikhailov in May 2021 challenged Head of Republic Vladimir Uiba to a ‘duel,’ a man-to-man debate on public television. The governor never responded to the challenge

Oleg Mikhailov represents the Communist Party, but his talking and appearance bear more resemblance of a liberal representative of a staunch opposition force.

No wonder, therefore, that the politician was on the ‘smart voting’ list of Aleksei Navalny ahead of this week’s State Duma elections. ‘Smart voting’ was promoted as a way to undermine Putin’s United Russia party and elect opposition forces into parliament.

According to Mikhailov, voter fraud and irregulars were extensive also in the Komi Republic.

“When we look at Russia as a whole, there can be no talk about honest elections,” he told the 7x7-journal. “But also in the Komi Republic illegal election technology was applied, including dirty tricks like the mobilisation of employees in the public sector, law enforcement authorities and others,” the politicians says.

“When you deal with crooks, they will always try to cheat on you [and] when we deal with the party that we call ‘the party of crooks and thieves,’ there appears various situations when we encounter acts of dishonesty,” he says in a video interview.

The reference of the United Russia as the ‘party of crooks and thieves,’ is used extensively also by Aleksei Navalny and his supporters.

According to Mikhailov, he will use his seat in the State Duma to work for a more fair share of taxes to the regions.

He believes a tax reform must be made that gives the regions 50 percent of tax revenues from natural resource extraction. He also underlines that he will work for a federal initiative to remove and replace old and rusty oil pipelines that pose a constant threat to nature and local populations.

“These initiatives have not lost relevance after the oil spill in Kolva,”  Mikhailov says. About 100 tons of oil are believed to have spilled into local rives when an ageing pipeline ruptured in May this year.

The politicians also underlines that he is ready to be in dialogue with forces across the political spectre.

“I believe people see a vote for Mikhailov as a vote for the republic, nominated by the Communist Party, but also ready to interact and talk with representatives of other political views,” he said to 7x7-journal.

Oleg Mikhailov joined the Communist Party in 2007 and was in 2011 elected to the Syktyvkar City Council. Since 2015 he has been a member of the Komi State Council (parliament). In this weekend’s State Duma elections he defeated his opponent from the United Russia party with 32,44 percent of the votes.