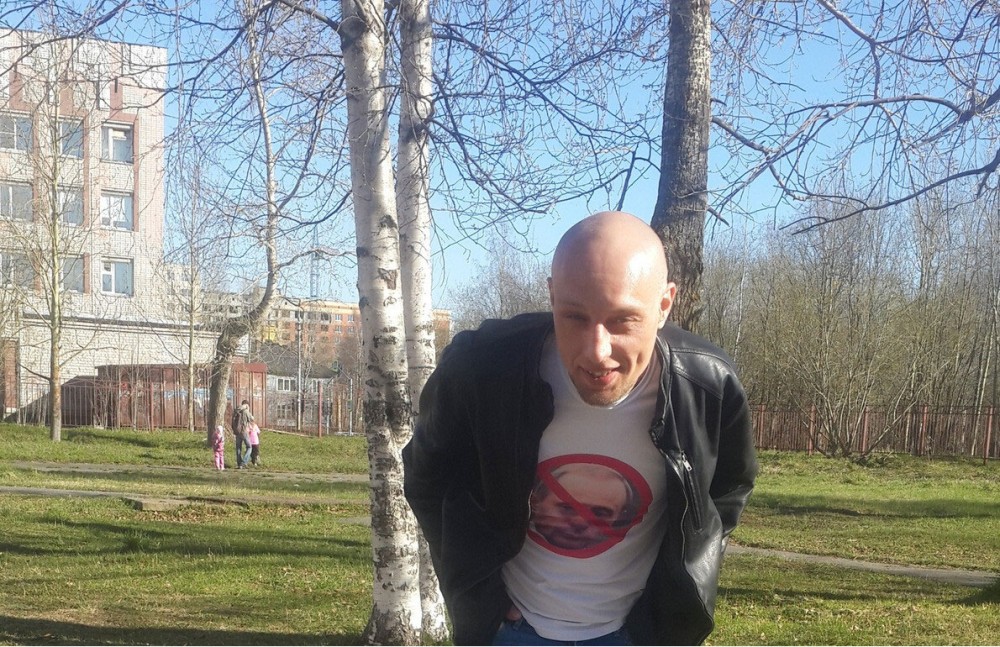 Yevgeny Kazakov from Arkhangelsk has for years been a vocal critic of the Putin regime. Photo: Dvinatoday.ru

Leading Putin-critics from Arkhangelsk are wanted by police

They are trying to break into my home, activist Yevgeny Kazakov reported as policemen hammered at his front door in Arkhangelsk.
Read in Russian | Читать по-русски
By

Serious problems with law enforcement authorities are looming for the people that for years have been fighting corruption and dictatorship in the north Russian region.

Last Friday, police officers tried to make it into Yevgeny Kazakov’s apartment. They did not succeed, but when he exited the apartment on the following day, police soon came to seal the place, he writes on social media.

Yevgeny Kazakov has for years been a vocal critic of the Putin regime, and has repeatedly been cracked down on by police. Already in 2011, he was detained in connection with a street rally and taken to the police station were he was seriously beaten.

The police officers wanted to know “who is paying him,” a report about the incident reads.

Kazakov has been a leading representative of Aleksei Navalny in Arkhangelsk.

In 2020, the activist was seriously injured after a man stabbed him. The attack is believed to have been connected with his political engagement. In 2021, he was detained after participating in a support rally for Navalny, SOTA reports.

Following the Russian onslaught on Ukraine on the 24th of February this year, Kazakov’s Twitter account has conveyed a big number of stories about atrocities and war crimes conducted by Russian forces.

In a tweet posted the day before the police action, Kazakov wrote that “Putin is a damn dog that now must be put to sleep,” and that Putin’s war against Ukraine is “the biggest crime of the early 21st Century.”

Kazakov says that law enforcers now are “spinning a case” against him.

He is far from the first Russian northerner to experience the repression of today’s increasingly totalitarian regime. Several of the region’s leading activists have been heavily fined, detained and some of them have been forced to leave the country.

On the 9th of May, photographer and former member of the local Navalny office in Arkhangelsk Ruslan Akhmetshin was detained as he was heading towards Armenia. He is now charged for having worked for the “rehabilitation of Nazism” and for having “downplayed the role of the USSR in the Second World War.”

“Everyone that knows me understands that this is completely absurd,” Akhmetshin wrote in an open letter sent from a pre-trial detention facility.

The FSB has brutally cracked down also on several of Akhmetshin former colleagues. In late March, journalists Darya Poryadina and Aleksandr Peskov were subject to a rough house search and threats from the police, after which they fled the country.

This week, Olga Shkolina, another activist and former associate of Navalny, got her car rampaged by unknown perpetrators.

“I am Olga Shkolina from Arkhangelsk, charged in the case against [Navalny’s] Fund Against Corruption and participant in an extremist community. I do not acknowledge any guilt and refuse to cooperate with the investigators. I do not support the war. This night someone damaged my car. They cut up three tires and poured construction foam into the exhaust tube. I connect this with my standpoint,” she tweeted.

Only two days later, Shkolina confirmed that she and her child had left the country.

“We are in transit in Latvia now, and soon we will proceed [to another destination]. I will not feel calm until the Putin regime can no longer ruin the fate of Russia’s best people, and I will do whatever I can to help,” she writes.