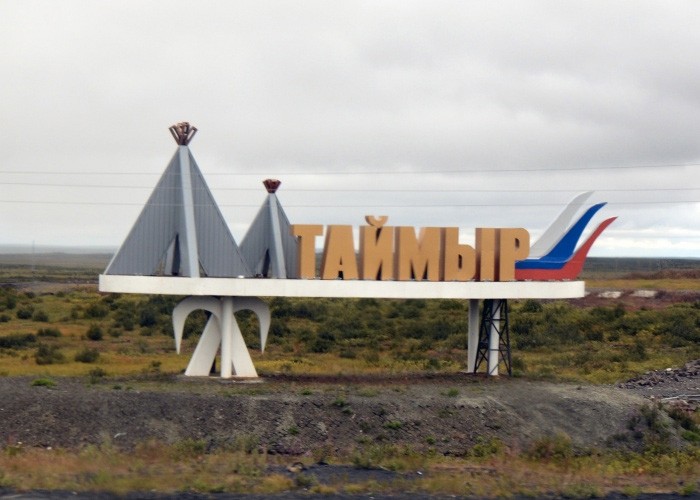 Oil company Rosneft intends to drill for oil in a protected nature reserve in the far northern Taymyr peninsula.
Read in Russian | Читать по-русски
By

The company’s Vostok Oil project is promoted as one of Putin’s key priorities in the Arctic. According to Igor Sechin, leader of state oil company Rosneft, the project will by year 2024 deliver up to 25 million tons, all of which is to be shipped out through the Northern Sea Route.

“It will be the biggest project in modern-day global oil industry,” Sechin underlined to Putin.

For the president, the resources from Vostok Oil are seen as vital for him to reach the much-desired 80 million tons of goods traffic on the Northern Sea Route by 2024.

But the grand plans will not come without serious effects on the vulnerable Arctic nature. According to newspaper Kommersant, at least three of the company’s projected fields in the area are partly located within the borders of a protected nature reserve in the Taymyr Peninsula.

The protected Brekhovskye Ostrova is located in the delta of great river Yenisey and includes rare wetlands and lakes with unique bird life and flora.

Furthermore, the islands are inhabited by several groups of ingenious peoples. In and around the islands are Nentsy, Dolgany and Entsy, and local populations are dependent on local fishing, a regional encyclopedia informs.

The nature reserve was officially establish in 1999 and includes an area of 288,500 hectare. Any kind of activity that inflicts potential harm to local nature and animal life is prohibited, the environmental regulations read.

Still, Igor Sechin and his Rosneft is determined to forge ahead in the remote northern area.

In April this year, Sechin requested Prime Minister Mikhail Mishustin to grant three license areas in the area to his company. The resource estimate for the fields is 128 billion cubic meters of natural gas, Kommersant reports.

The natural gas will be of importance for Rosneft to compliment the oil resources of the Vostok Oil, experts say to the newspaper.

Furthermore, the company already in 2019 acquired another license in the area. The Zapadno-Irkinsky area is located adjacent to the Payakha area where partner company Neftegazholding plans to extract oil.

Payakha has previously been described as one of the biggest oil discoveries in Russia the last 30 years.

Igor Sechin is a close ally of Vladimir Putin and is used to get it his way.

According to the Rosneft leader, the Vostok Oil will include the development of 15 new industry towns, two airports, a seaport, about 800 km of new pipelines, 3500 km of new electricity lines and 2000 MW of electric power capacity.

It will require 100,000 new jobs and lead to a 2 percent annual hike in national GDP, he has explained. The project includes the development of several oil fields that will be connected by pipeline to the coast of Kara Sea where a grand oil terminal is planned built.