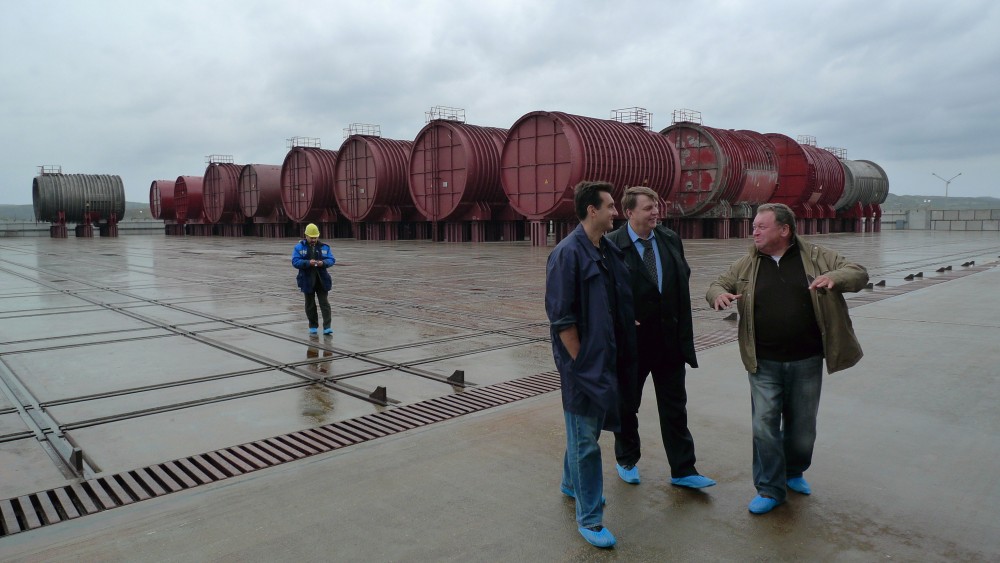 Saida Bay radioactive waste storage and treatment plant is a symbol of how east and west relations transformed from arms race to beneficial cooperation.
Read in Russian | Читать по-русски
By

«This is a huge complex, which is able to accept the deposit of 155 reactor compartments from nuclear submarines. This project is unique in the world today with regards to technology and safety,» Murmansk Governor Marina Kovtun told the Russian President when they met in Kremlin on Thursday.

She followed up by inviting Vladimir Putin to visit Saida Bay on the coast of the Barents Sea.

«On this occasion, Vladimir Vladimirovich, I would like to invite you to visit this unique object. I think it is worth it, because it really is the work of a unique team,» Marina Kovtun said according to Kremlin’s transcripts from the meeting.

Dedicated workshops for processing; conditioning and long-term storage will handle waste from both Murmansk and Arkhangelsk regions. The majority of the radioactive waste dates back to Soviet times with the decommissioned fleet of Cold War nuclear powered submarines.

The plant is financed by Germany as part of the G8 Global initiative to secure radioactive material.

In total, Germany has paid over €600 million into Saida Bay over the last 12 years. In addition to the treatment plants, a huge outdoor concrete pad can hold up to 155 reactor compartments. This is the reactors from submarines that are cut into metal pieces for recycling, but where the contaminated sections still have to be stored for hundreds of years awaiting the radioactive decay period to make the contaminated metal less harmful.

The Saida Bay plant consists of a module area for receiving waste where the different types of low-, medium- and transuranium waste will be sorted. Secondly, there is a workshop for processing the waste in order to reduce the volume before it enters the module for packing into new containers suitable for long term storage.

«It solves the problem of long-term storage of nuclear waste not only in Northwest Russia, but for the hole Arctic,» Kovtun said to the President.

Today, around 80 reactor compartments are stored in Saida Bay, and more are being prepared. In addition to submarine reactors, the Saida Bay pad will hold compartments from retired civilian nuclear powered icebreakers soon to be decommissioned and cut up for scrap.

Also, solid radioactive waste from Andreeva Bay and Severodvinsk will be treated and stored at the plant.

Russia has not taken any decision on where a final repository for radioactive waste will be established. A year ago, county officials in Arkhangelsk Oblast decided to go ahead with the plans to create such repository on Novaya Zemlya in the Arctic.

The project still awaits a final decision to be taken on the Federal level, maybe later this year as previously reported by the Barents Observer.