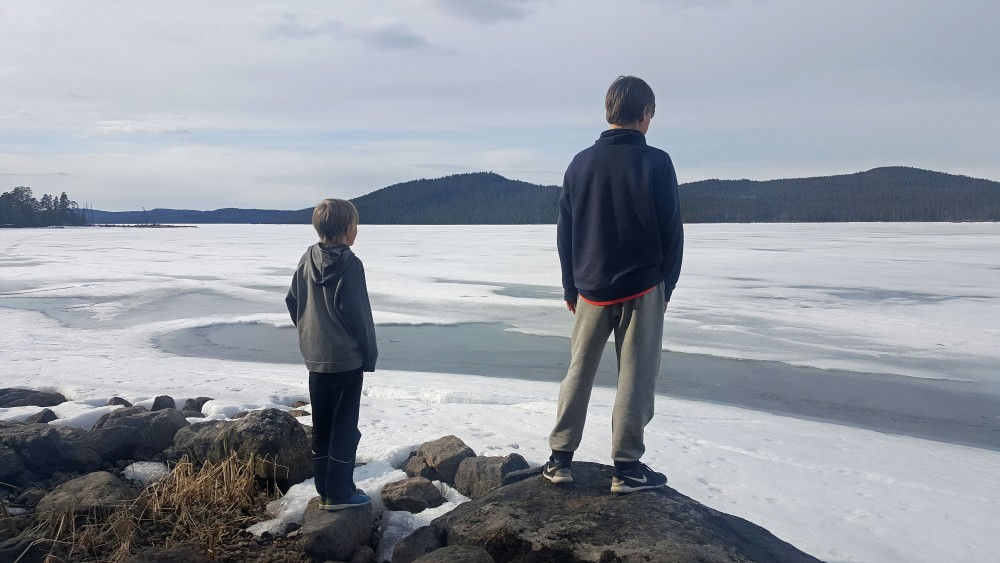 Still ice on Lake Inari in the last days on May. Photo: Thomas Nilsen

Average May temperature in Finnish Lapland was more than 6° C colder than last spring when it was green leaves in mid-May.
Read in Russian | Читать по-русски
By

Snowy, cold wind, ice on the lakes. Spring 2017 seems to be cancelled in northern Scandinavia.

Finnish Meteorological Institute has put figures to what everyone in the north already now: May was more winter than spring with average temperature measured in Sodankylä in Lapland of 2.6°C, or 6.4°C colder than last spring’s May average of 9°C. May has not been colder since 1996.  Before that you have to go back to 1965 and 1968 to find anything similar.

June, supposed to be the first summer month, started off in northern Norway with a warning on radio to drivers: put on winter tires if crossing any of the mountain roads towards the coast of Finnmark.

And the white stuff blowing with the wind? No, its not pollen, but snowflakes.

This year stands in sharp contrast to last spring. In Kirkenes, where the Barents Observer has office, last May was 5.2°C warmer than average and by mid-May it was already green.