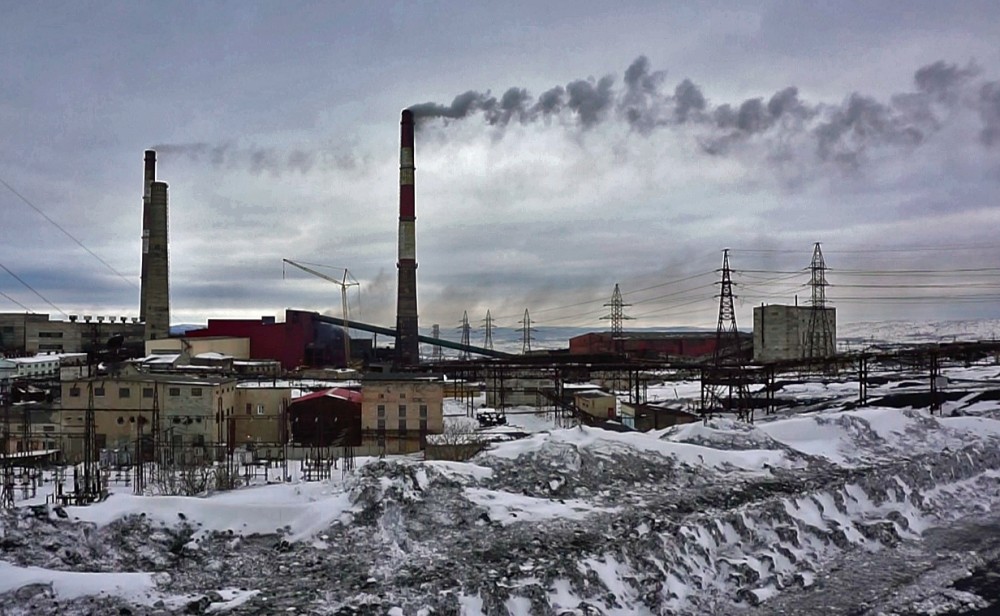 “It is Russia’s responsibility to reduce the emission,” says Ola Elvestuen.
Read in Russian | Читать по-русски
By

Last Friday, local authorities in Norway triggered the health alarm and sent warnings by SMS to all inhabitants in an area in the Pasvik valley to stay indoor due to high levels of sulfur dioxide in the air.

The pollution source was the nickel smelter on the Russia side of the border.

Later the same day, Nornickel who operates the plant halted production at the converters and put the furnaces on hot reserve. Meanwhile, Barents Observer’s Russian language article about the pollution alarm in Norway was widely referred by other media throughout Russia.

Nornickel, however, said in a tweet to the Barents Observer that the restrictive measures to halt production was implemented “upon being notified of poor meteorological conditions by Russia’s Weather Service (Roshydromet).”

Poor weather conditions, though, had then already for several days caused heavy air pollution for the about 10,000 inhabitants in the town of Nikel where the smelter is located.

The online measurements site by Roshydromet tells the disturbing facts. Last Monday, sulfur dioxide concentration in the air in town was 4,4 times higher than safe levels. On Wednesday, two days before the Norwegian SMS warning to people, sulfur dioxide pollution in Nikel had exceed safe levels by as much as 10 times.

On Monday this week, production was again restarted and Nornickel writes a new tweet to the Barents Observer ensuring “Emissions do not exceed permissible levels at present.” The multi-billion-profit company makes clear there “is no risk to public health or to the environment. Safety is our number one priority.”

That statement makes Murmansk-based environmentalist Andrey Zolotkov laugh. “How do they allow such emissions then,” Zolotkov asks rhetorically and points to the high pollution concentrations measured by the regional ecological watchdog agency.

“Where is the care,” he wonders. Zolotkov is associated with Bellona, an Norwegian, Russian environmental group that since the 90ties have worked with industrial pollution on the Kola Peninsula.

On the Norwegian side of the border, Mayor Rune Rafaelsen in Kirkenes calls for action against the businesses of the neighboring smelter. “We should demand that electric car producers like Tesla stop buying nickel from Nornickel until they have cleaned up the mess,” he says to the Barents Observer.

Electric car batteries contain huge amount of nickel, and Nornickel produces about 30% of the global supply of the metal.

Rafaelsen is ready to meet with federal government officials in Moscow to discuss the matter. “Cross-border pollution from Nikel has been a problem for decades. This must stop now,” he says and is ready to lodge a complaint directly to Russia’s Minister of Natural Resources and the Environment, Dmitry Kobylkin.

“His support and engagement is important when we address this issue with the Russian side,” Elvestuen says.

In mid-February, the Norwegian Minister travels to Moscow for bilateral ecology talks with Minister Kobylkin.

Ola Elvestuen is clear on what will be on the agenda: “It is a Russian responsibility to reduce emissions.”

He underlines that Norway’s position is that the pollution must come down to a level that by no way damage health or environment in the border areas.

“I will bring up the case with the Russian Minister of Natural Resources when I meet him at the Norwegian-Russian environmental commission meeting in Moscow on February 19th.”

Elvestuen can’t promise to bring Rafaelsen with him in the delegation to Moscow. “The meeting is on ministerial level. We haven’t yet considered to open for local authorities as observers, so I can’r answer on that right now.”