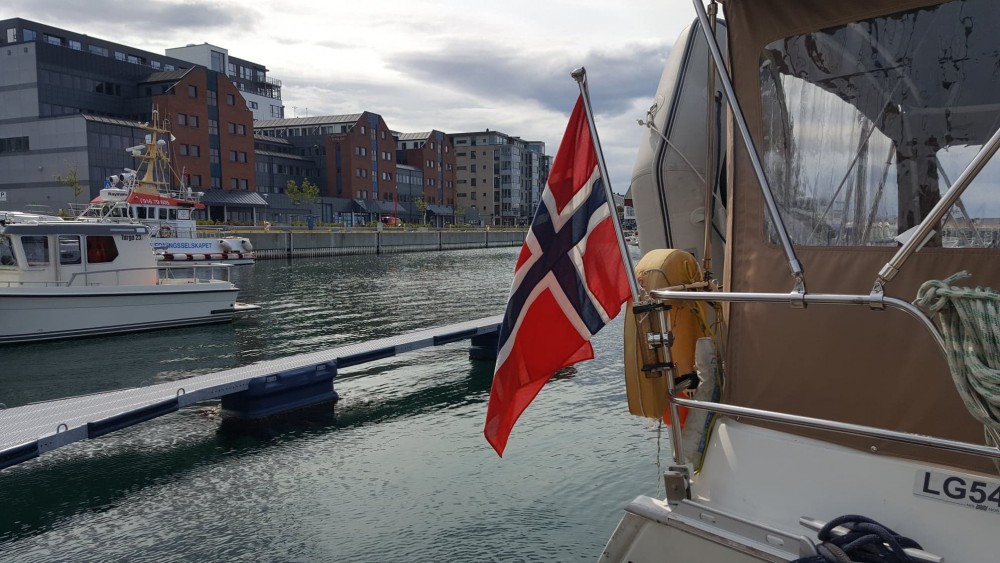 Bodø harbor: Increased CO2-emission from boats is one of the reasons why Norway struggles to reach its climate goals. Photo: Thomas Nilsen

Despite Arctic heat waves, Norway is not cooling down its emission of gasses causing climate crisis.
Read in Russian | Читать по-русски
By

Emission of climate gasses in Norway was last year equivalent to nearly 53 million tons carbon dioxide (CO2), Statistics Norway reported on Monday. That is up 200,000 tons, or 0,4% compared with 2017.

The Norwegian increase comes as figures from Eurostat estimate that CO2 emissions from fossil fuel combustion significantly decreased by 2,5% in the European Union in 2018 compared with the year before.

Earlier this spring, the Barents Observer could report about 100 consecutive months with above normal temperatures on the Svalbard archipelago. In Longyearbyen, some months have even seen temperatures with as much as 12-14 degrees over normal.

Norway’s growing climte gasses emission is mainly due to more emission from air traffic, shipping and fisheries. Also road-traffic saw an increase in emissions of climate gasses last year, despite Norway being No. 1 in Europe in regards to sales of electric cars.

Statistics Norway explains this with a sharp decrease in the percentage of bio-fuel mixed in with fossil fuels, such as diesel and gasoline.

Norway has set a goal of reducing gasses causing climate changes by at least 40% by 2030 from the country’s 1990 levels. That could be hard to reach as CO2 emissions are still higher today than in 1990.

Portugal, Bulgaria, Ireland, Germany, the Netherlands and Croatia all cut their CO2 equivalent by more than 4% in 2918. Portugal was best with more than 8% reduction year-on-year. In the other end; Finland increased its emissions of climate gasses by 1,9% and Latvia by as much as 8,5%.