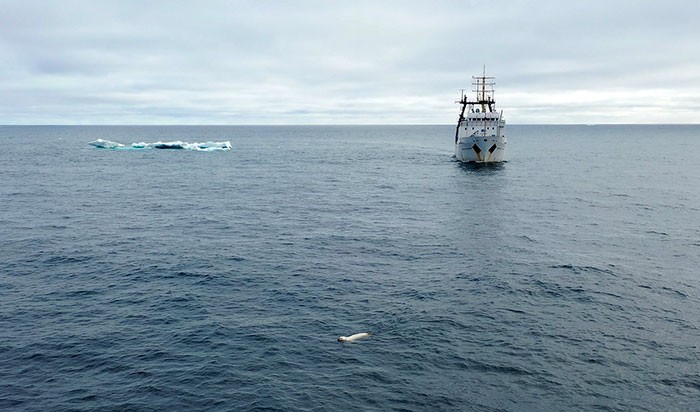 Species that previously were non-existent in Russia's remote and icy Arctic waters are now found in big numbers.
Read in Russian | Читать по-русски
By

The researchers that were on board the «Professor Levanidov» on the recent trans-arctic expedition have remarkable stories to tell.

Among the discoveries made was halibut on more than 200 meter depths in the Laptev Sea and snow crab in the northeastern parts of the East Siberian Sea and Chukchi Sea. They also found Alaska pollock in the waters of the Chukchi Sea and large numbers of big and mature polar cod in the Kara Sea.

The latter fish is more or less eradicated from the Barents Sea where other southern species have taken its place.

It is the massive influx of Atlantic waters in 2019 that has spurred the spreading of the new species to the region, research institute VNIRO informs. All the species mentioned traditionally belong to other far away waters and have migrated to the  remote area in the course of the last few years.

«The climate changes of the past decade have swept away the borders between Arctic, Atlantic and Pacific water masses, including the respective characteristics of these waters, and lead to the shift in marine life in the oceans,» the researchers say about their conclusions.

The «Professor Levanidov» in July set out from Vladivostok on Russia’s far eastern coast and on 2nd October arrived in Murmansk. The research ship owned and managed by VNIRO underway conducted unique ecosystem studies, including of local biological resources, ecosystems, feed basis, as well as climatic and hydrographic conditions.

According to institute Director Kirill Kolonchin, the trans-arctic expedition is the first ever of its kind for Russian marine and fisheries research.

The marine resources identified during the expedition is likely to soon lead to the start of commercial fisheries in the area.

«Already now we can confirm that the data obtained in the course of the research expeditions in the northern water allow us to significantly increase prognosis for catch resources and consequently strengthen the position of Russia when it comes to Arctic bioresource management under the International Agreement to Prevent Unregulated High Seas Fisheries in the Central Arctic Ocean,» Kolonchin and his institute says in a comment.

Following this year’s expedition, the «Professor Levanidov» is believed to remain in Murmansk and join the regional fleet of fisheries research vessels. Over several years, the marine researchers in Murmansk have been in dire need of new ships. In 2018, the Russians failed to take full part in a joint expedition with Norwegian colleagues when their 35 year old vessel «Vilnyus» broke down and had to be docked.