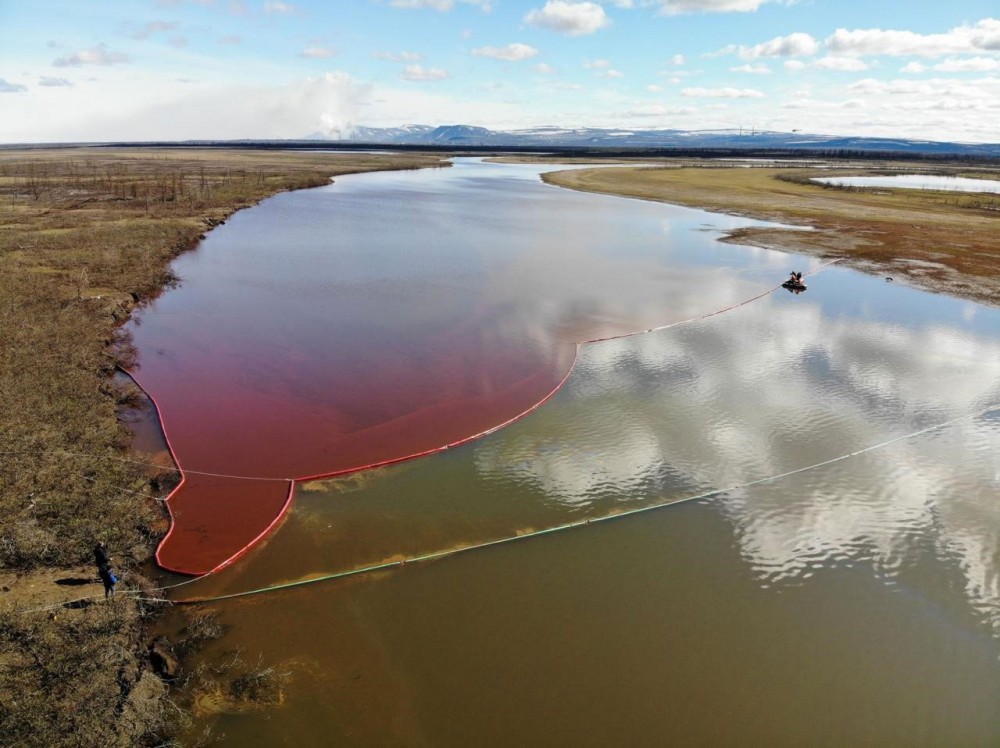 Second oil spill in few weeks. In late May, more than 20,000 tons of diesel fuel spilled into local ground and waters in Taymyr. Photo: Rospriropdnadzor

At least 45 tons of jet fuel leaks into the ground from a pipeline owned and operated by Nornickel.
By

The emergency situation appeared in the village of Tukhar when a pipeline ruptured and about 44,5 tons of fuel leaked into the ground.

The village is located near the Bolshaya Kheta, a side river to the great Yenisey.

According to Norilsktransgaz, a subsidiary of mining and metals company Nornickel, the leak took place on the 12th July and lasted only 15 minutes. Emergency services were quickly on site and managed to halt the spill. There  is no health hazards for locals in the area, the company informs.

There are now taken all possible measures on the collection of the spilled oil products.

No information is provided by the company about possible spills to the local waterways.

The accident happen only few weeks after another subsidiary of Nornickel, the Norilsk-Taymyr Energy Company, saw more than 20,000 tons of diesel oil leak into the local soils and waters.

The spill came as the ground under a major fuel reservoir sunk and subsequently ruined the foundation of the installation. It is the melting permafrost in the area that is believed to be the underlying reason for the catastrophe.

The Russian Nature Protection Agency Rosprirodnadzor in early July estimated the cost of the environmental damage to about 148 billion rubles (€1,85 billion).

The company subsequently disputed the magnitude of the damage.

In addition to the two oil products spills, Nornickel in late June also admitted that industrial waste waters had been dumped into the local waterways.