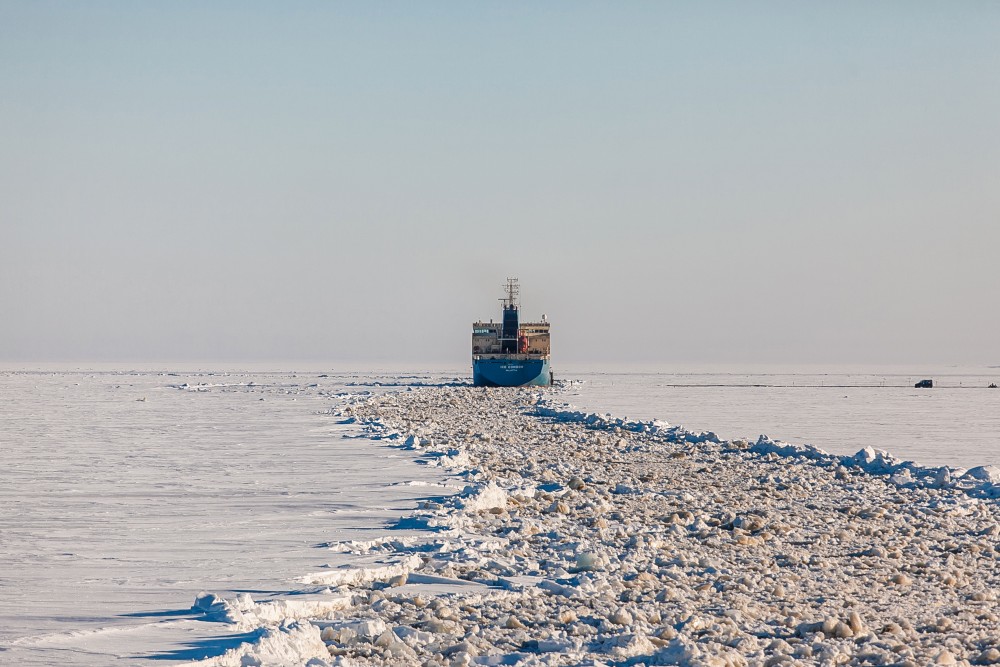 It will be a stationary and ice-protected installation built on 30 meter long pillars planted in the shallow waters of the field Kamennomysskoye-more.
By

Industrial development of the rich gas resources of the Ob basin comes a step closer as Gazprom confirms that it has found a suitable technological model for the Kamennomysskoye-more field. The project will be developed with a ice-protected platform built on a major number of pillars planted 30 meter into the river bed.

The construction of the platform will start in 2018, a representative of license holder Gazprom says to Rossiiskaya Gazeta.

The installation will be located 50 km from the mainland and be connected by pipeline to gas infrastructure in the Yamburg area on the east bank of the Ob Bay. The Kamennomysskoye-more field holds more than 530 million cubic meters of gas.

«I do not know of any field developed under such conditions», Igor Sbornov, representative of operator company Gazprom Dobycha Yamburg, says to RG.ru.

«The main issue is the shallow depths, from six to 12 meters, and the consequent inaccessibility of big-size icebreakers», he adds. «And the navigation season in the area stretches from only mid-July to mid-October».

Winter ice in the area can be up to 2,5 meters thick.

Gazprom intends to build a key part of the platform at Zvezdochka, the shipyard in Severodvinsk, northern Russia. Components will be built plants all over Russia, among them in Murmansk, Vyborg, Astrakhan and Snezhnogorsk. The company intends to spend about five years on the development of the equipment and its transportation to the Gulf of Ob.

The first gas will start flowing from Kamennomysskoye-more in year 2025, Gazprom says.

It will open the way for the development of a number of nearby fields, Gazprom informs on its website. The company has licenses to several of the gas fields in the area, among them the Severo-Kamennomysskoye, Semakovskoye, Tota-Yakhinskoye, Antipayutinskoye, Chugoryakhiinskoye, Obskoye, Parusovoye and Severo-Parusovoye, the company informs.

Gazprom is from before heavily engaged in the area, both on land and offshore. Earlier this year, company subsidiary Gazprom Neft launched its Novy Port oil reloading terminal situated in the middle of the Ob Gulf.