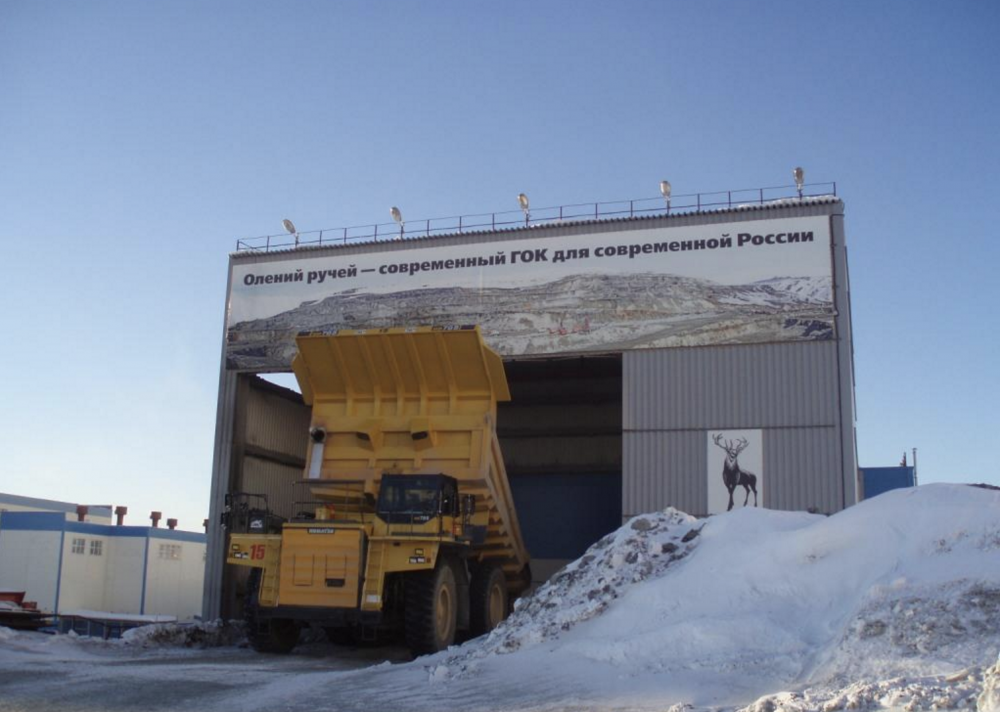 It will connect the rich phosphorous resources of the Oleny Ruchey project.
Read in Russian | Читать по-русски
By

The Northwest Phosphorous Company (SZFK)  a subsidiary of Acron, is investing 4.5 billion rubles (€65 million) in the construction of a 37,7 km long railway line in the central part of the Kola Peninsula.

The project has been approved by the authorities and the first part of the project has already been started, SZFK informs. It is engineering company PSK-Remput which has been hired for project construction.

The new infrastructure will allow the company to abandon its current ore shipment scheme based on truck transportation. The line will stretch from the Oleny Ruchey industrial site to Aikuven, the end stop of a current rail connection.

It is not the first time that new railway lines are built in the mineral-rich area. In 1967, a new connection was opened between Aikuven to Revda for transportation of ore from the Lovozero mining processing plant. That line however was closed as Lovozero mining came to halt in early 2000s. In 2007, the rails were removed and sold as scrap metal.

The Northwest Phosphorous Company in 2012 opened the Oleny Ruchey project. Earlier this year, the project reached its target production of 100,000 tons of apatite concentrate per month. A total of 1,700 people now work in the mine, located in the Khibiny mountains, near the town of Kirovsk.

In addition to the open pit, the Oleny Ruchey will get an underground mine. That is under development and is planned to open in 2017, the company informs. The combined output will reach six million tons of ore by year 2023.

A total $1 billion has been invested in the project, the mining company said in a meeting with President Vladimir Putin.