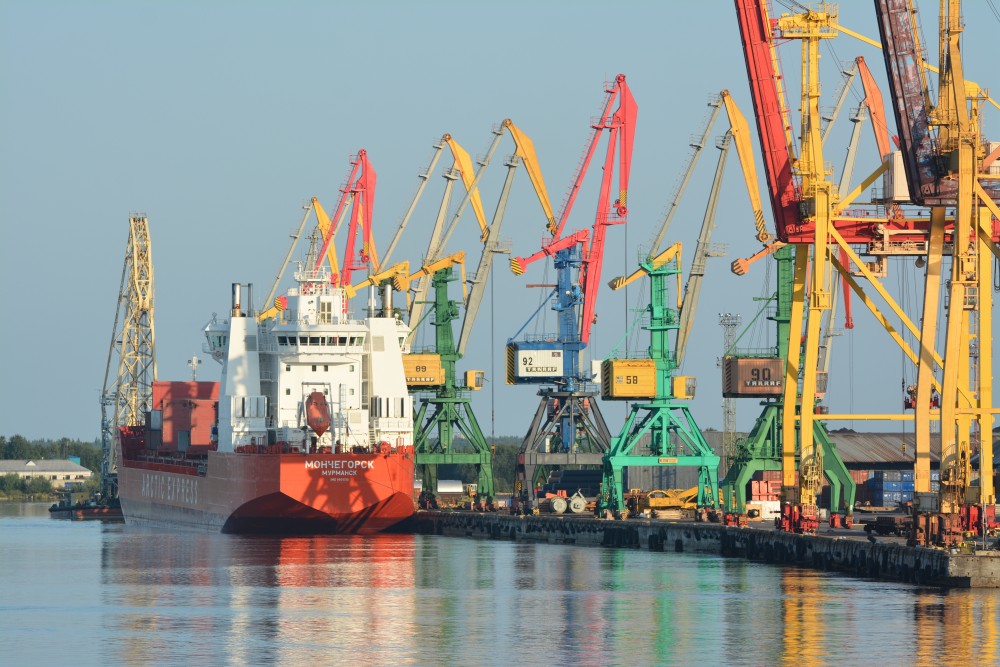 Deep-water port will link Komi Republic and the Urals with world markets.
Read in Russian | Читать по-русски
By

Newly established Arctic Transport and Industrial Centre Arkhangelsk has signed an agreement of intent with the Beijing based Poly International Holding Co. on construction of the new deep-water port 55 kilometers north of the City of Arkhangelsk, reports the regional news-agency News29.

The port will be built near the Mudyug Island in the Dvina river delta; close to the existing port facilities for larger vessels.

Port News reports that Arkhangelsk regional authorities aims at reaching an agreement with the Poly Group also to take part in the construction of the Belkomur railway link, one of the largest infrastructure investments in pipe for northwest Russia. 1161 kilometers long, of which 449 kilometers already exist, the Belkomur railway aims to link the mining and industrial areas in the South Urals to the new port of Arkhangelsk via Syktyvkar in the Komi Republic.

For Russia, the new port will be a central hub for export and import in trade with Europe, the Asia-Pacific region and North America.

The port is planned for year-around shipping, operations that will include icebreakers since the White Sea is frozen during winter.

In Murmansk, new port facilities are to be built on the west side of the Kola Bay. A new 46 kilometers long railway is now under construction, planned to be ready by March 2018.

The railway and new port facilities are parts of the Murmansk Transport Hub project, aimed at expanding the cargo flow and access to ice free waters year-around.

Murmansk teams up with Harbin

How Arctic shipping could boost Canada’s trade relationship with Asia