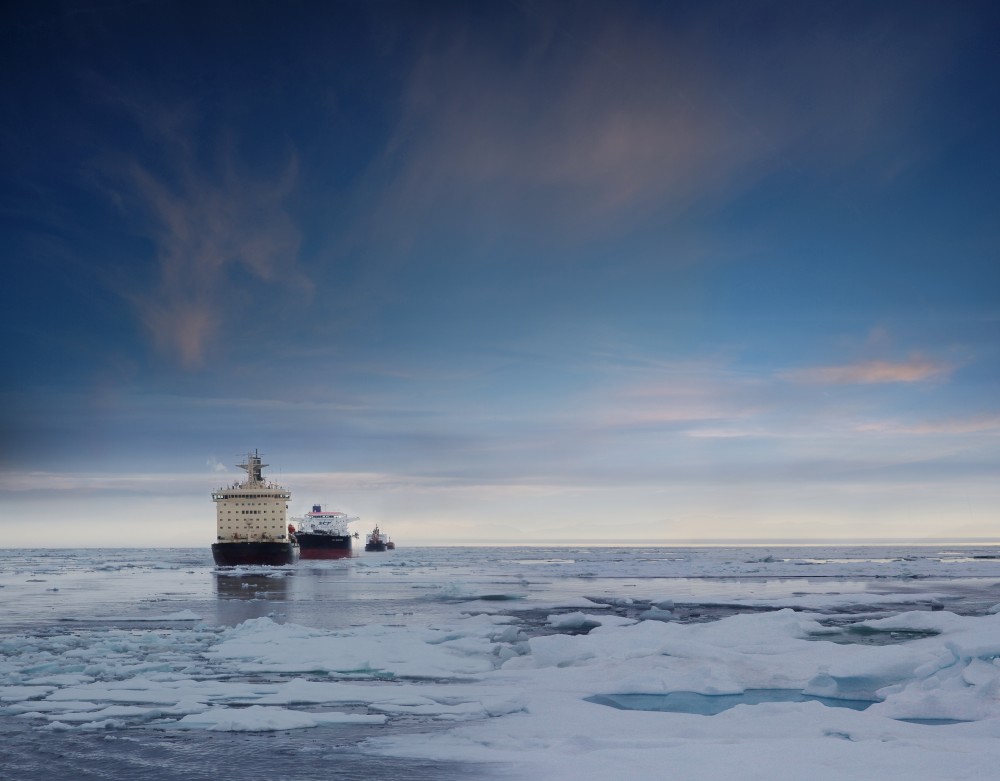 The Gulf of Ob getting deeper in order to make way for bigger ships. Photo illustration: Sovcomflot.ru

Gas company Novatek starts preparations for ground works in the waters along the eastern shores of the Ob Gulf. Construction of the plant is due to start in 2018, company representatives say to TASS.

The Arctic LNG-2 will be Novatek’s second gas plant in the area. Few kilometers away, on the western shore of the great gulf, is located the Yamal LNG, the plant which is due to start production in 2017.

The Gulf of Ob has shallow waters and major dredging has been taking place in the are in connection with the development of the Sabetta port and the Yamal LNG plant. Only in the course of summer 2016, a total of 17,5 million tons of ground was removed from the nearby sea bottom. A 205 meter wide and 15,1 meter deep channel is now made open for shipping in the area. That will allow big-size LNG carriers to pick up their load at Sabetta.

The Arctic LNG-2 will draw major benefits of the work already conducted in the area. Its likely location will be in the Gydan Peninsula, directly on opposite side of the Ob Gulf from Sabetta. It will take its resources from the Salmanovskoye and Geofizicheskoye fields, two structures which partly stretches into the Gulf of Ob.

The upcoming dredging operations will cover a 6,46 hectare area and will have to be conduced on a regular basis in the period 2017-2022. The operations will not negatively affect marine life in the area, Novatek underlines.

At the same time, the company says it intends to artificially set out 350,000 one-year whitefish in the waters to make up for the damage, TASS reports.