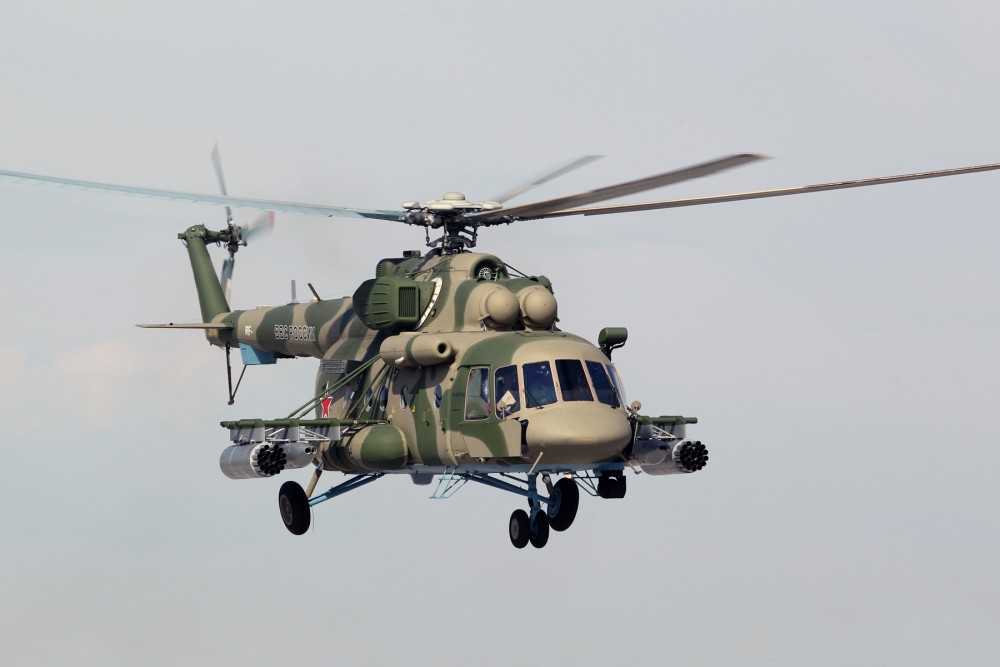 This is Russia’s new Arctic helicopter

It is able to operate in minus 40 degrees Celsius and fly up to 1,300 km without refueling.
Read in Russian | Читать по-русски
By

It looks like a regular, freshly painted, Mi-8. But it has some extraordinary qualities, manufacturer Russian Helicopters says.

The fist aircraft of the type Mi-8AMTS-VA was this week handed over to the Russian Armed Forces. It is based on a model extensively applied by the military. However, a series of additional assets makes it suited for operations in extreme Arctic conditions, a press release reads.

«On board is equipment which allows it to operate in condition with extremely low temperatures, in difficult terrain, dark polar nights, without satellite signals and unstable radio communication, as well as in places with major wetlands and big distances between base locations», representatives of the Russian Helicopters highlighted in an official ceremony.

In addition, a civilian model is likely to follow. «Such a version is needed by federal subjects for development of far northern infrastructure, and by oil and gas companies in offshore projects», Mikheev says.