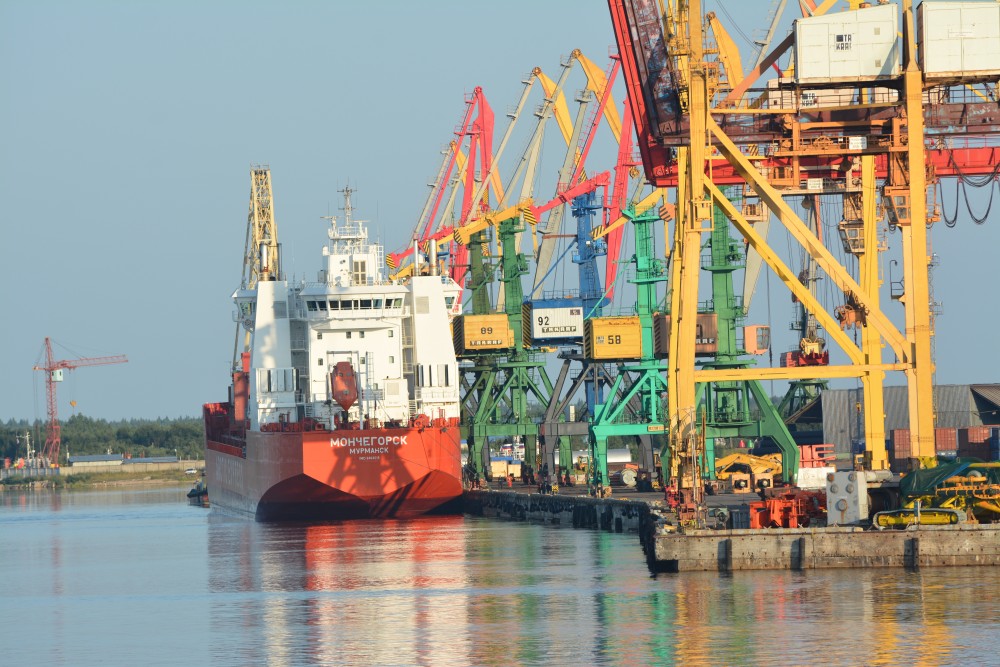 Cyprus-registered company Osoblanko Holding Limited is about to buy 100% of the Commercial Sea Port of Arkhangelsk.
Read in Russian | Читать по-русски
By

The company has already got the acquisition approved by Russian anti-monopoly authorities, newspaper Echo Severa reports.

The company from before controls about 75 percent of the infrastructure object. That stake was acquired in a deal last fall with Norilsk Nickel, the previous majority owner.

The Osoblanco Holdings Limited is associated with with businessmen Aleksandr Abramov and Aleksandr Frolov, the key owners of mining and metallurgy company Evraz, Interfax reports.

The Arkhangelsk Commercial Sea Port handles about 50 percent of sea cargo in Arkhangelsk. It has the capacity to annually handle up to 2,5 million tons of goods, the port informs on its website. However, over the last couple of years, volumes have declined dramatically. While a total of 4,2 million tons of cargo was handled in Arkhangelsk in 2014, the volumes will in 2016 be well below 3 million.

In the first nine months of 2016, Arkhangelsk goods volumes amounted to 2,1 million, which is 28,4 percent less than in the same period 2015, data from the Russian Association of Sea Trade Ports show.

At the same time, regional authorities are planning the development of a new major sea port outside the Arkhangelsk city center.

Newly established Arctic Transport and Industrial Centre Arkhangelsk recently signed an agreement of intent with the Beijing-based Poly International Holding Co. on construction of a new deep-water port 55 kilometers north of the City of Arkhangelsk. It will be built near the Mudyug Island in the Dvina river delta; close to the existing port facilities for larger vessels.

This is the most expensive Russian Arctic port