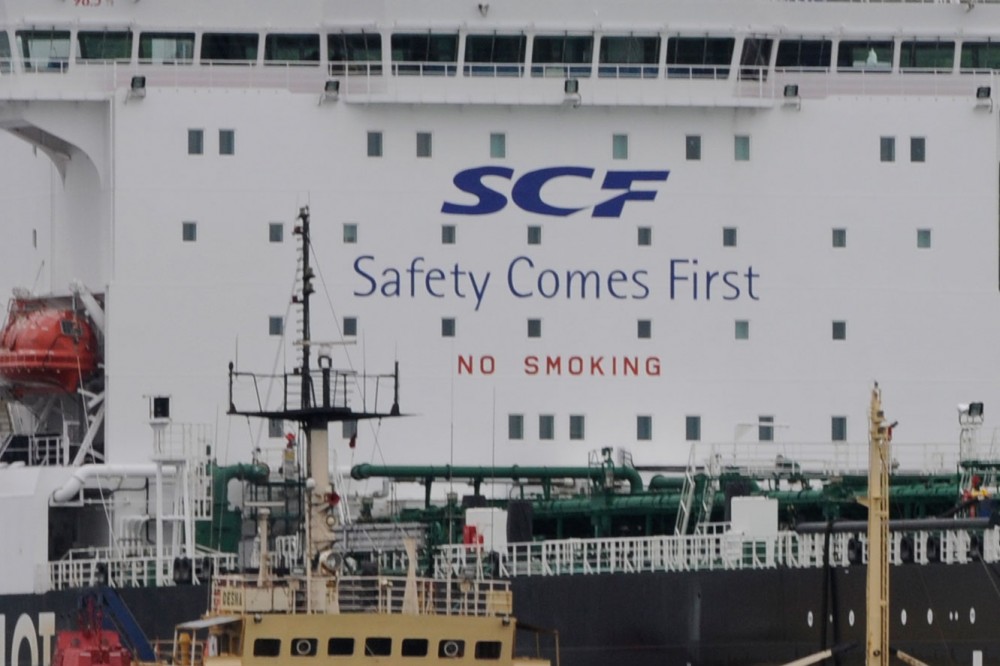 On its maiden trip, the world’s most powerful LNG carrier is to undergo testing in the northern parts of the Barents Sea.
Read in Russian | Читать по-русски
By

The ship this week made its way from Zeebrugge, Belgium, northwards along the Norwegian coast and to Vardø, the easternmost Norwegian town located near the border to Russia.

On Friday morning, the ship was lying four nautical miles off the Norwegian Barents Sea coast getting ready to cross into Russian waters.

It is a brand new vessel built by the Daewoo Shipbuilding Marine Engineering (DSME) in Korea, designed for shipments to Sabetta, the new Russian port and LNG terminal in the Yamal Peninsula. It will be operated by shipping company Sovcomflot and carry a Cyprian flag.

According to Carter, the «Christophe de Margerie» is loaded with a test volume of LNG and will now head northwards for testing in icy waters.

The original plan was that the LNG carrier was to sail to Kirkenes, the Norwegian port town on the border to Russia. There, the ship was to be on display in front of the local conference hotel during the Kirkenes Conference, an event on regional industrial developments and shipping.

However, delays and cost-efficiency requirements made the shipping company change plans, Carter says to the Barents Observer.

The Port of Vardø confirms that the ship on Friday morning was located off its coasts and that a Norwegian coast guard vessel had delivered pieces of equipment to its crew.

The carrier will now set course towards Sabetta and Russian icy waters.

The «Christophe de Margerie» will be able to handle shiploads up to 172,600 cubic tons of liquified natural gas. It will have ice-protection level Arc7, and capacity to autonomously break through 2,1 meter of ice.

According to the shipping company, the LNG tanker will have engine power of 45 MW, which is «comparable with a nuclear powered icebreaker».

A total of 15 carriers of the kind are to be built for the Yamal LNG project.

The Yamal LNG is to launch production in 2017. When in full swing, it will produce an annual 16,5 million tons of liquified gas. The LNG will be shipped to buyers both in Europe and Asia, some of it along the Northern Sea Route.