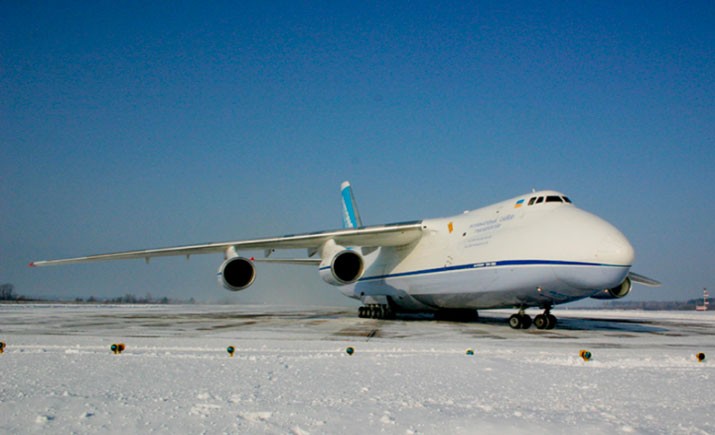 The An-124 «Ruslan» checks in at Russia’s new Arctic airport with components for the Yamal LNG project.
Read in Russian | Читать по-русски
By

As Novatek and its partners bustle to meet time schedules in the grand Yamal LNG project, the world’s biggest serial-produced air transporter on 22nd January landed in Sabetta, the new airport northeast in the Yamal Peninsula. On board were 67 tons of equipment for the nearby LNG plant. The delivery came from China, the Yamal-Nenets regional government informs.

The airport is Russia’s newest and northernmost. The 2,704 meter long, 46 meter wide, airfield is built on the tundra wetland along the Gulf of Ob and was officially opened on 4th December 2014 when a Boeing 737 from company Yutair landed on site. In October 2015, it got international certification.

Never before has such a huge aircraft landed this far north. With maximum take-off weight, the An-124 requires a take-off run distance of 1,520 meter. The An-124 has a wing-span of more than 73 meters. The aircraft can carry up to 120 tons of cargo.

The Sabetta airport is built in connection with the Yamal LNG plant and is located near the project sea port, an infrastructure object built to handle up 30 million tons of good per year.

A settlement with about 22,000 people has in few years been built on site.