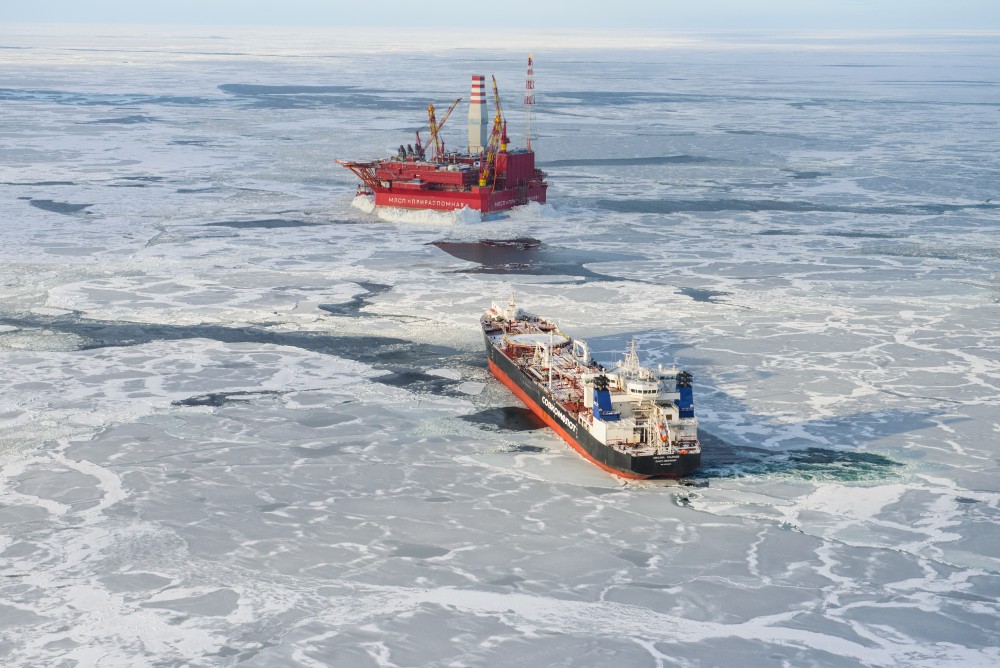 The Prirazlomnaya platform marks 4 million tons of tapped oil as it prepares for a 3-month production halt.
Read in Russian | Читать по-русски
By

Russia’s only offshore Arctic field in production, the Prirazlomnoye, has delivered four million tons of oil to the markets. It was the tanker «Kirill Lavrov», which on 5th April picked on the load from the installation in the Pechora Sea, Sovcomflot informs.

It was the 60th shipment from the platform, the shipping company says.

Field operator Gazprom Neft in 2017 plans to tap 2,6 million tons of oil from the Prirazlomnoye, up from 2,154 million tons in 2016. The production increase comes despite a planned 3-month halt in operations due this spring.

The production halt comes because of a need to technically upgrade the platform, the operator says to Neftegaz.

«The successful loading of the 4th million ton of oil from Prirazlomnaya since production startup shows that extraction from the Arctic shelf can be efficient and safe when modern technological solution and non-stop environmental control is applied», says Gennady Lyubin, General Director of Gazprom Neft Shelf.

The Prirazlomnaya platform was towed to the field site in the Pechora Sea in 2011. Production was launched in December 2013.

Two ice-class tankers, the «Kirill Lavrov» and «Mikhail Ulyanov» are serving the field. Oil is shipped to the Kola Bay where it is reloaded into the floating terminal ship «Umba».