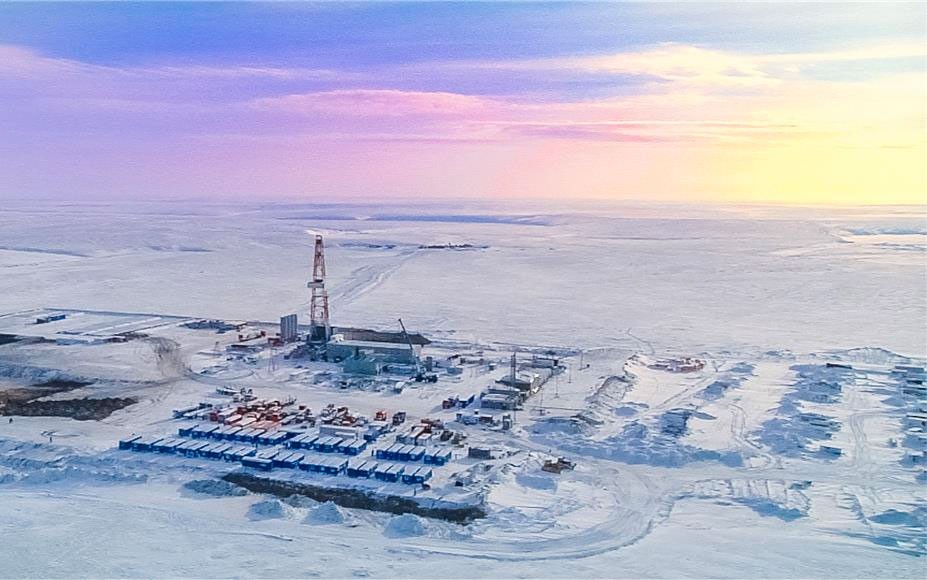 Taymyr has been one of Russia's last Arctic regions untouched by the oil industry. Until now. Photo: Lukoil.ru

Taymyr is the place. Both Rosneft and Lukoil this week spudded wells in the pristine and northernmost part of Russian mainland.
Read in Russian | Читать по-русски
By

Half a year ahead of original schedules, Lukoil has started drilling in its East Taymyr license, an area located in the far northern Taymyr Peninsula. Drilling will take place on depths down to 5,500 meters, the company informs. The operation is due to last for 373 days.

«Lukoil is ready to work in the East Taymyr license area, despite the complete absence of infrastructure, complicated climatic conditions and high costs», company President Vagit Alekperov says in a press release.

The announcement from the company comes only one day after state company Rosneft informed that it was starting well drilling in the nearby Khatanga license, an offshore area in the Laptev Sea.

The Tsentralno-Olginskaya-1 is the northernmost well ever drilled on the Russian shelf, Rosneft says.

The two oil companies, Russia’s biggest, previously battled over the rights to drill in Taymyr. In 2015 Rosneft disputed the granting of the East Taymyr license to Lukoil and took the case to court. The court sided with Lukoil, which subsequently started up an extensive geological mapping of the area.

While the tone between the two companies until recently was tense, the relationship now appears better. In a recent meeting with Prime Minister Dmitry Medvedev, Lukoil leader Alekperov underlined that the two companies now closely cooperate in the region.

«Lukoil and Rosneft have done a unique work to mobilize and open access to Khatanga, we have hopes that there will be opened a new oil and gas province in the Taymyr Peninsula», he told the Premier, a government transcript reads.

«Both Lukoil and Rosneft have prepared and launched their drilling rigs», he added.

For Lukoil, the East-Taimyr is seen as a gateway to a new and untouched region. Resources in the area could be significant and the company might be interested in developing them in a similar way as in the Timan-Pechora province. There, Lukoil pipelines oil to the terminal of Varandey, from where tankers ship the hydrocarbons to the world markets through the Barents Sea.