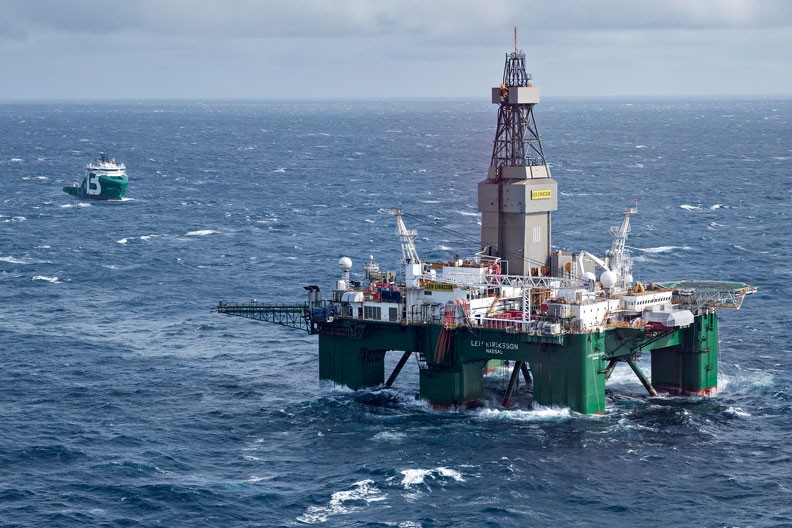 Lundin says the resource estimate for the Gohta discovery will be reduced after drilling of an appraisal well showed poor reservoir quality.
Read in Russian | Читать по-русски
By

Lundin Norway, a subsidary of the Swedish oil company Lundin Petroleum, was hoping to find more oil when drilling the appraisal well some four kilometers north of its original discovery Gohta in the south western Barents Sea.

On Wednesday, the company announced disappointing results and says the well will be permanently plugged and abounded.

Lundin says the findings of carbonates showed «poor reservoir quality» …and… «No pressure gradients could be established.»

As a result, the resource estimate for the Gohta discovery will be reduced. Gotha is considered a satellite opportunity to the larger adjacent Alta discovery and Lundin maintains that the lack of positive findings now will have no impact on the company’s conceptual development plans for the Alta, located just north of Gohta.

The rig, «Leiv Eriksson» will now be moved some 15 kilometers to the northeast for another appraisal well drilling with Lundin Norway as operator.

2017 will see a new record in the number of exploration wells in the Barents Sea. Fifteen wells are slated for drilling, two more than in the record year 2014.

Statoil, Norway’s state-owned oil giant, will be back in drilling again in a few weeks time after staying away from the Barents Sea for the two last years.