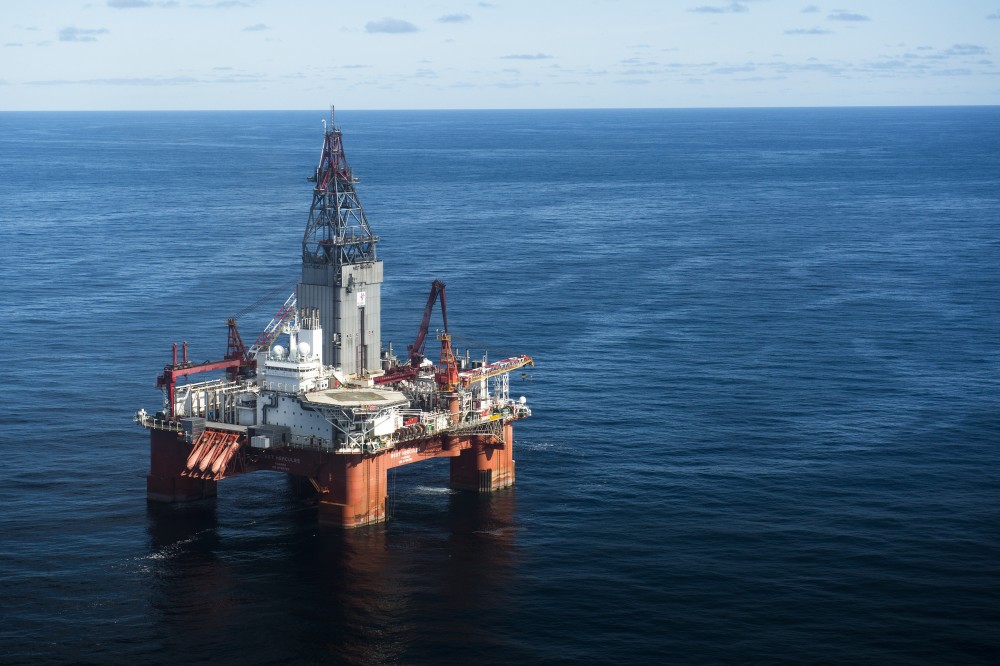 The area, parts of which are located in ice-covered waters, could hold more than 2 billion standard cubic meters of oil equivalents, a new report says.
Read in Russian | Читать по-русски

Estimates are preliminary and there is much more research needed, the Norwegian Petroleum Directorate underlines in a new report about the hydrocarbon potential of the 170,000 square kilometer area north in the Barents Sea.

But preliminary conclusions are clear. According to the report published this week, the area along the Norwegian maritime border to Russia could hold as much as 2,460 billion standard cubic meters of oil equivalents.

The area is located north of the 74th parallel and is partly covered by ice in wintertime.

«Based on today’s knowledge, the main conclusions are that the area has a significant upside with regard to resources and values», says Sissel Eriksen, exploration director in the Norwegian Petroleum Directorate. «The evaluation shows interesting structures and possible petroleum accumulations of major size», she adds in an introductory summary of the report.

The anticipated extractable resource estimates for the area are 1,37 billion standard cubic meters of oil equivalents. The lower end of the estimates is 350 Sm3 o.e while the higher end is 2,460 billion Sm3 o. The authors of the report stress that «many of the parameters used in the resource estimates are very uncertain.»

«We will continue to map the area and strengthen our knowledge», Eriksen underlines.

The most prospective geological structures are located in the so-called Storbankhøgda, Sentralbankhøgda and the King Karl Platform. In addition, there has been identified a potential for many more, both big and small, structures, the studies show.

The area is divided into several geological basins, platforms and heights. In the summer of 2015, the Petroleum Directorate drilled several shallow wells and the area, and the results from these are of key importance for the understanding of local geology and resource potentials.

The Barents Sea is increasingly seen as the most prospective remaining area on the Norwegian shelf. Over the last years, a big number of licenses to blocks in more southern parts of the area has been issued. Between year 1980 and May 2017, a total of 71 production licenses in the region were issued and 157 wells drilled. A total of 49 discoveries have been made, the Directorate informs. The northernmost well - the Atlantis (7325/1-1) - was drilled in 2014 in an area located about 305 km north of North Cape.

The new data have significantly better quality than the ones from the 1970s and 1980s. However, also the new data have insufficient resolution in the deeper parts of the sediment basins, the Petroleum Directorate says.