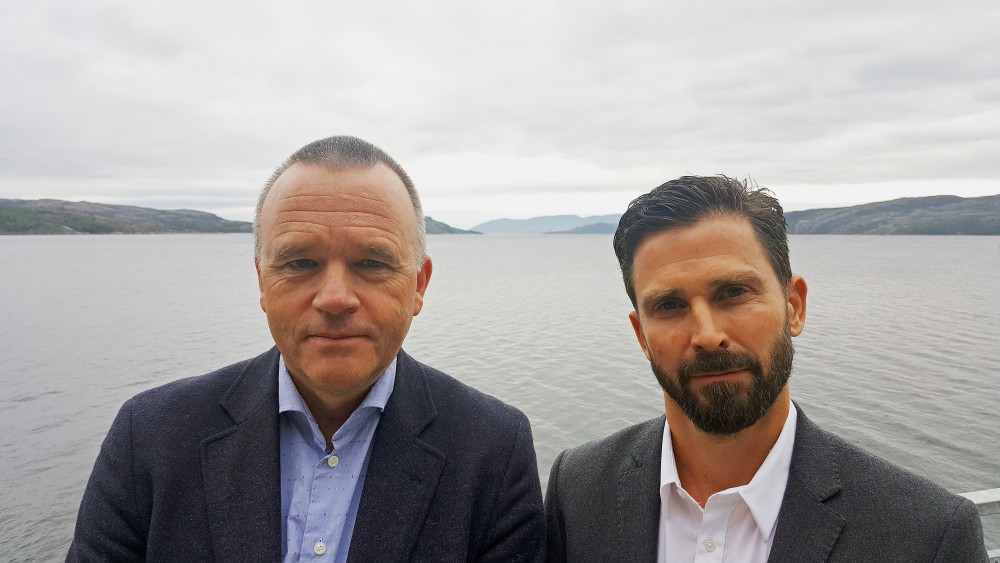 Failing to find oil at the Korpfjell prospect doesn’t make Norway’s oil major give up. We will come back next year, says Dan Tuppen, head of exploration for the Barents Sea.
Read in Russian | Читать по-русски
By

«We are coming back next year and will drill at five prospects in the Barents Sea,» Dan Tuppen tells the Barents Observer shortly after the company announced it failed to find oil at its northernmost well.

Korpfjell prospect was said to be «the most important exploration well this year» on the Norwegian continental shelf. Statoil shares were down more than 1,5% on Tuesday after the no-fining announcement came.  The stock, though, climbed 0,7% Wednesday morning.

«We had som bad news today,» Dan Tuppen admits, but underscores the long-term perspectives. «I’m likely more used to disappointments than most people. Exploration is test of patience.»

Korpfjell prospect is the northernmost ever drilled in the Barents Sea and is located in the area where Norway and Russia until 2010 disputed where to draw the maritime border. Therefor, little information existed about possible oil underneath the seafloor.

«We do need more information from a prospect before giving it up,» Dan Tuppen explains. «We are now analyzing the data, but can already announce that we will be back next year.»

Tuppen says five wells will be drilled in 2018, including one at Korpfjell.

Another well to be drilled next season is Gjøkåsen prospect, to the south of Korpfjell in the eastern part of the Norwegian sector. Statoil will also together with partner AkerBP drill a well at one field located just close to Norway’s maritime border to Russia in the southern Barents Sea.

«We have big hopes for the Barents Sea,» Dan Tuppen underlines.

Statoil and other oil companies have full backing from the Norwegian Government. Earlier this year the Government proposed another 93 blocks in the Barents Sea to be opened for exploration.

Ørjan Birkeland, project leader with Statoil, points to the importance of exploring new areas. «New and significant discoveries are crucial in order to maintain production on the Norwegian continental shelf.» Birkeland says Norway has enormous income from oil and gas.

He was Tuesday presenting Statoil’s hopes for possible ripple effects from future oil and gas exploration in the Barents Sea at a conference in Kirkenes, Norway’s border town to Russia on the coast of the Barents Sea.

Disappointed, but not depressed

In the audience were both municipal officials and private businesses. Director of Kirkenes Business Association, Guro Brandshaug, says the no-finding of oil at Korpfjell was a disappointment, but she still belive oil will be discovered by the end of the day.

«This was the first well, and we need to be patient. So, the champagne bottle will have to wait another year before being opened,» Brandshaug smiles.

«Meanwhile, local businesses have time to prepare even better to become supply partners when oil finally will be discovered outside the coast,» she says.

Kjell Giæver, Director of Petro Arctic - a network of suppliers to the petroleum industry in the north - tells the Barents Observer he became disappointed, but not  depressed when Statoil said no oil was discovered at the Korpfjell prospect.

«A big finding at Korpfjell would be like a real vitamin injection in a turbulent period for our member companies,» Giæver says.

Kjell Giæver, however, is still optimistic. «More wells will be drilled in the area and we are confident oil will be discovered in the southeastern Barents Sea in the years to come.»

He points to fields in the western sector of the Barents Sea, like Alta/Gotha, Castberg and Wisting which are to be developed, as well as new exploration activities with drilling campaigns lining up outside the coast of northern Norway.

Not sharing data with Russia

After Norway signed the maritime delimitation agreement with Russia in 2010, Statoil has teamed up with Rosneft for joint explorations at different locations on the Russian Arctic continental shelf. The agreement includes areas in the very northern part of the Barents Sea, but little is done after EU and Norway imposed sanctions on Russian Arctic shelf exploration after the annexation of Crimea in 2014.

«We still have a dialogue with Rosneft,» Dan Tuppen tells, but says Statoil in accordance with normal practice will not share well data outside of the license partners and the Norwegian Petroleum Directorate.

Raw data is, however, normally made available to others by the Norwegian Petroleum Directorate two years after a well is concluded.