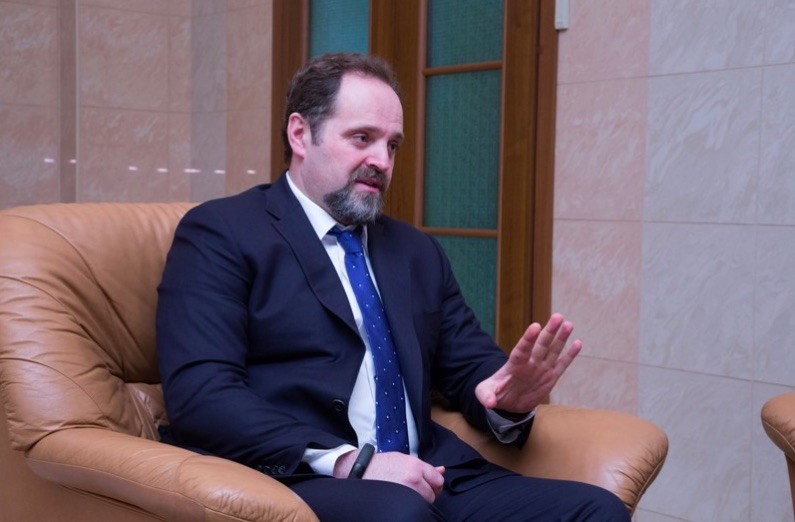 «It will last at least until year 2020».
Read in Russian | Читать по-русски
By

The Russian Ministry of Natural Resources introduced the moratorium on oil and gas licenses in Arctic waters in August 2016. And it is unlikely to be ended any time soon.

According to Minister Sergey Donskoy, the moratorium has an indefinite time limit and will last «at least until year 2020».

«The moratorium was introduced on the recommendation of the Government […], it allows state companies to focus on their existing obligations and cut development time in new projects», the minister says in an interview with Interfax.

«The resources will not vanish and the financial burden on the companies will not increase».

The introduction of the moratorium came as the country’s two state major oil and gas companies Gazprom and Rosneft were fighting each other tooth and nail over the rich hydrocarbon fields on the shelf. At the same time, western sanctions and low oil price increasingly had its toll on the two companies’  capacities to follow up the increasingly heavy burden of offshore license obligations.

The Natural Resource Ministry in early 2016 confirmed that the two companies both were requesting amended license terms and postponements in a number of their Arctic projects.

According to the Ministry, the moratorium is also connected with an ongoing change in the ministry’s license procedures. New regulations will clearly define procedural judgement in cases when both Gazprom and Rosneft bid for the same licenses, Donskoy explained.

Gazprom and Rosneft have a monopoly position on the Russian Arctic shelf and have over the last few years acquired a big number of offshore licenses. Rosneft today controls more than 50 offshore licenses while Gazprom has close to 40.

Both companies are this summer drilling in Arctic waters. While Rosneft in early April spud the Tsentralno-Olginskaya-1  well in the Khatanga Bay, Gazprom is drilling at its Leningradskoye field off the coast of peninsula Yamal.