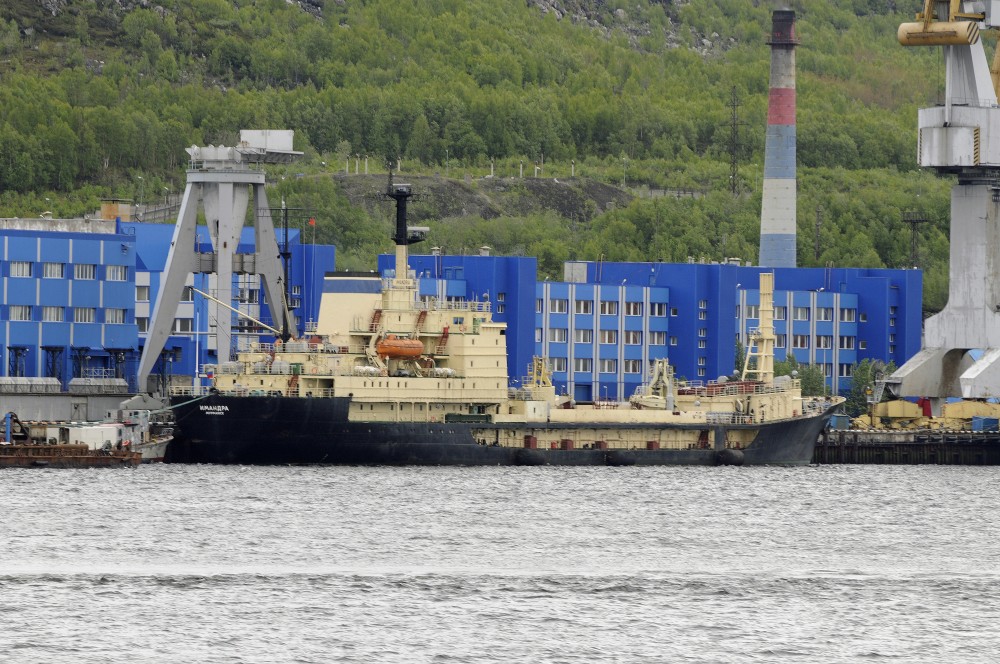 Central Design Bureau Iceberg in St. Petersburg is awarded the tender to develop a brand new auxiliary vessel for storing the highly radioactive uranium fuel taken out of ship reactors.

Today, Russia’s current fleet of nuclear powered icebreakers are served by «Imandra» - a vessel commissioned in 1980 that most of the time stays a port loaded with spent nuclear fuel elements. Typically, the uranium fuel are used in icebreaker reactors for 3-4 years before being replaced. The spent fuel elements are then taken out of the reactors and loaded over to special cylinders in the cargo rooms of «Imandra» where they are stored for some few years before being transported by train to Mayak in the South Urals for reprocessing.

Three new icebreakers are in line for being commissioned from 2019 to 2021. In difference from the current fleet, the new icebreakers have RITM-200 reactors with fuel elements that requires another type of storage cylinders. The new vessel will also have room for storing spent nuclear fuel from Russia’s «Akademik Lomonosov» floating nuclear power plant to be tested in Murmansk next year.

«Akademik Lomonosov» will after a test-year at Atomflot base in Murmansk be towed to the port of Pevek on Chukotka where it will produce electricity for the town. The new service vessel will be able to sail all along the Northern Sea Route from Murmansk to Pevek for reloading spent nuclear fuel and bring it back to Murmansk.

In the longer run, it is expected that «Imandra» will be decommissioned, like «Lotta», another service vessel storing spent nuclear fuel at the Atomflot base. A third vessel, «Rossita» brings older spent nuclear fuel from submarines from the run-down storage site in Andreeva Bay to Atomflot.