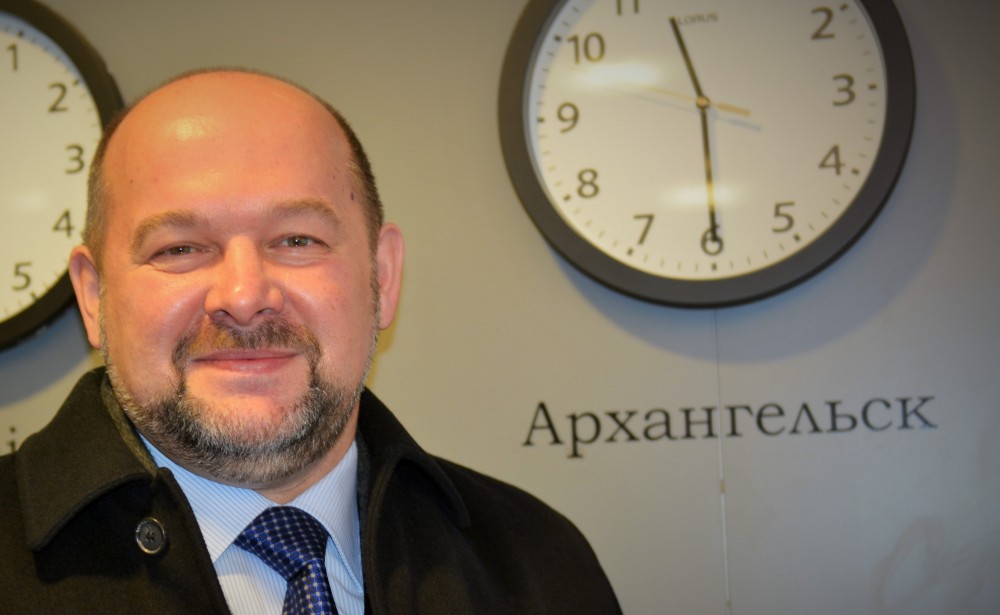 Chinese investments in railway and deep-sea port will change greatly transportation infrastructure in the Russian Arctic, the Arkhangelsk Governor says.
Read in Russian | Читать по-русски
By

«Development of the Arctic is Russia’s strategic task,» Igor Orlov said when speaking to journalists about the development of the Northern Sea Route. The governor underscored the importance of Russian regions working together as a team, not competing with each other.

«Everyone, from the very southern point of the country to the north, who can offer contribution to the development of the territory is in the team,» Orlov said and underscored that the  Arkhangelsk region’s task is «to solve national challenges for development of the Arctic zone for the Russian Federation.»

It is the press service of the Arkhangelsk Oblast who informs about the governor’s Arctic infrastructure plans.

«The Chinese People’s Republic is for us a key partner in implementation of Arctic projects, including the bug ones, the most important,» news agency TASS quotes Igor Orlov saying. «I mean first of all construction of the Belkomur railway line and the Arkhangelsk deep-water sea port.»

«Implementation of these projects will change greatly the transport infrastructure of the Russian Arctic zone.»

The grand idea is to build the 800 kilometers railway linking Siberia, via the Urals and the Komi Republic with Arkhangelsk and by the end of the rail-track construct a new deep sea port on the coast of the White Sea.

Like in many other planed infrastructure projects in Siberia and the Russian Arctic, Chinese investors have confirmed interest to finance the new transportation corridor.

The Poly group will, according to TASS, invest about $5,5 billion into the project.

In July this year, a ship with 25,000 tons of timber sailed from Arkhangelsk via the Northern Sea Route to Shanghai. Igor Orlov says the ship had no ice reinforcement, a prove, according to the governor, that shows «the availability of the route for commercial transportation.»

Arkhangelsk region is a major exporter of timber, pulp and paper.