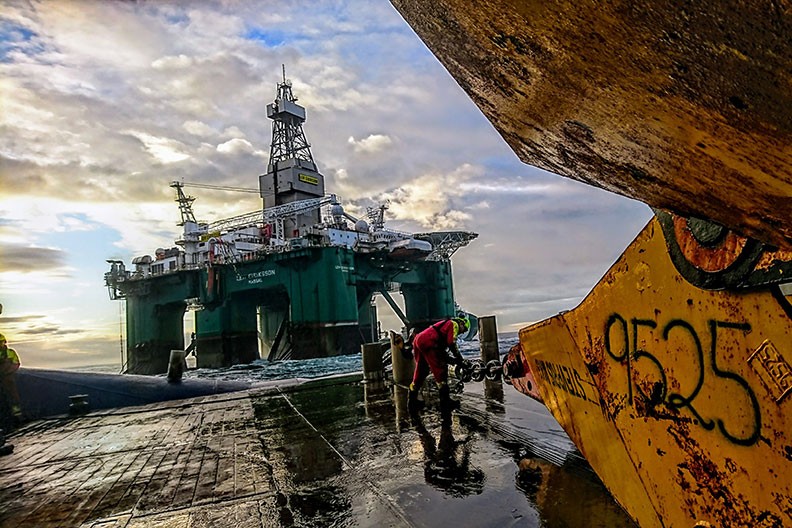 The rig "Leiv Eriksson" has completed the Hurri prospect in the Barents Sea. Photo: Lundin Petroleum

2018 starts like 2017 ended. Yet another dry well in the Barents Sea.
Read in Russian | Читать по-русски
By

No lucky start of the new year for oil trio Lundin Petroleum, Aker BP and DEA Norge. Drilling of the Hurri exploration well in the Barents Sea, northwest of Hammerfest, gave no results, license operator Lundin announced on Wednesday.

«The well was dry,» a short statement reads.

«Extensive data acquisition and sampling were carried out,» Lundin ensures. The Swedish oil company’s Norwegian subsidiary is operator of the license, in partnership with Aker BP and DEA Norge.

2017, however, turned out to be a big disappointment for the oil industry on hungry-hunt for new offshore Arctic findings.

All Statoil’s five prospects drilled in the Barents Sea failed to prove oil. ENI’s Goliat platform, the only operating oil-production north of mainland Norway, was shut down for longer periods during the year due to safety concerns. And Lundin, who starts 2018 by announcing a dry-well, had to close the drilling calendar 2017 with zero findings.

Fewer findings than expected, and stable low oil price, didn’t trigger increased interest among oil companies to boost Arctic exploration. In December, the Norwegian Ministry of Petroleum and Energy released its list of bidders for the next 24th license round, showing the number of companies that want to drill in new Barents Sea acreage is now dwindling.

While 26 companies submitted bids for the 57 blocks in the 23rd round, only 11 companies want to take part in the 24th round.

Despite warning from authorities, Eni kept on pumping Arctic oil with unsafe platform