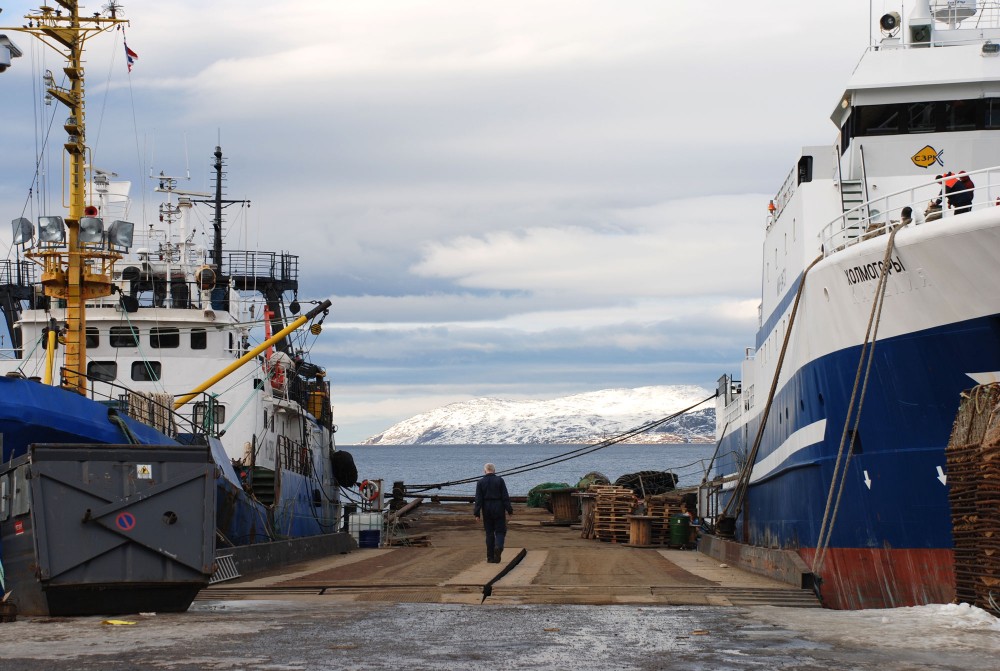 After years of hefty conflict over terminal facilities, state company Natsrybresurs takes over management of the 48 mooring points at the important infrastructure object.
Read in Russian | Читать по-русски
By

All the terminal points have been confirmed as part of Natsrybresurs, the company informed on Thursday this week. The takeover comes after disputes between port owner company Kupets and local companies on several occasions have paralyzed port operations.

Kupets was late last year informed by federal authorities that its leasing agreement of the state-owned mooring points would run out on February 1 and has since desperately tried to get a renewed deal.

But relations with other port stakeholders became difficult from the very start.

In early 2016, tensions peaked as the First Murmansk Terminal, an oil terminal company renting a mooring area from the Fish Port, decided to block railway transits with fish across its areas.

The Fish Port administration responded furiously and threatened with retaliatory measures. On its website, the port said it was suffering serious economic losses as it became unable to bring the fish from the port to the markets.

Later the same year, the owners of the Fish Port “padlocked” the track switching system that allows trains to directly service the port’s oil terminal in a bid to further gain control of the port’s operations.

Both companies are dependent on the railway for its fish and oil deliveries through the area.

The fishing and service companies using the port say that the Kupets owners have been unnecessarily greedy and that run a monopoly which tries to wring every penny out of them that they can.

All of the port’s tenants have been wringing their hands for the past two years trying to free themselves from the port’s rather brutal management style, Bloger51 reported. For example, the port raised the rates for unloading ships several times. But when the fish processors began to unload the fish with local truck cranes as a means to control costs, the port authorities in turn passed a rule prohibiting local truck cranes from entering the territory. And when the fishing companies hired an “outside” loading-unloading crane, the owners simply turned off the electricity. When they raised the cost of using the port’s refrigerators, rather than allowing outsourcing, they simply prohibited any refrigeration equipment from entering the territory.

Natsrybresurs informs that it has started negotiations with the Kupets over how to secure a smooth transition of responsibilities and that landing of fish can continue as before.

Natsrybresurs is a state company owned by the federal Fishery Agency. It was established in 1999 and is represented in all the major fish ports in the country.