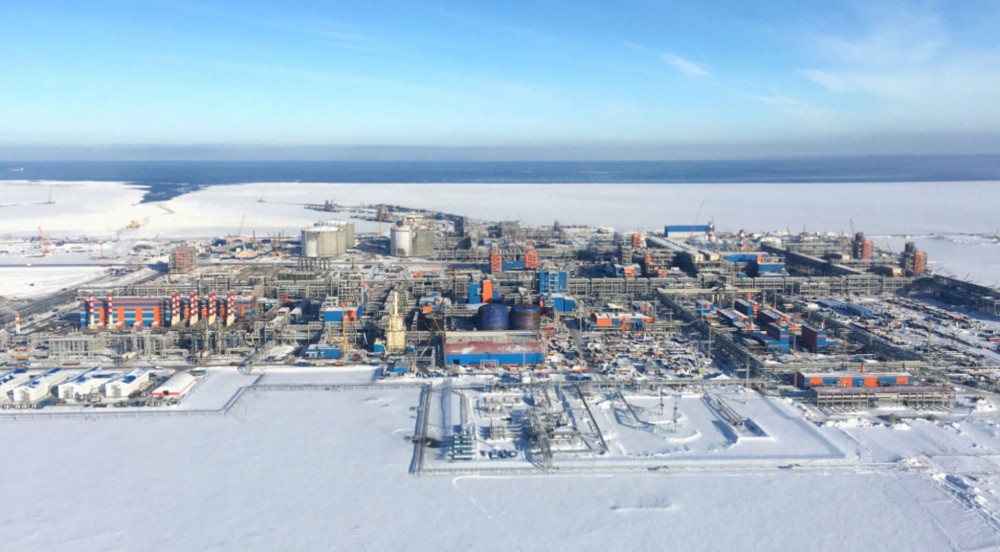 The Yamal LNG plant is located on the northeastern tip of Arctic peninsula Yamal. Photo: yamallng.ru

The first shipment of LNG from Yamal has been delivered to the South Asian country.
Read in Russian | Читать по-русски
By

It was the first ever shipload of Russian Arctic LNG to India. And more is to come.

According to Lev Feodosev, Deputy Chairman of Novatek’s Management Board, the Asian market is considered of major importance for the company’s LNG project in Yamal.

«One of our main priorities, which is laid down in the company’s strategy until year 2030, is the geographic expansion of deliveries and enhanced presence in key Asian markets,» he says.

«The first delivery of LNG to the growing Indian market is an important first step in this direction».

Since Novatek launched production at its Yamal LNG plant, out-shipments of more than one million tons of liquified gas has been made. A total of four brand new and powerful LNG carriers now shuttle to and from the project terminal of Sabetta, and another 11 vessels of the kind are under construction.

The ships have powerful icebreaking capacities and are able to ship along the Northern Sea Route during major parts of the year. In late December 2017, the «Eduard Toll» made it through the Bering Strait and all way way to the Yamal Peninsula without icebreaker assistance.

Novatek on 5th December 2017 officially started production at the unique plant, and President Vladimir Putin arrived on site on the 8th December as the first LNG carrier was loaded with liquified natural gas.

When all three production trains are in operation, production will be boosted to at least 16,5 million tons per year.

A total of $27 billion is being invested in the project, of which $13 billion from the shareholders, $4 billion from Russian banks and $12 billion from Chinese banks. It is operated by Novatek in cooperation with partners Total (20%), CNPC (20%) and the Silk Road Fund (9,9%).