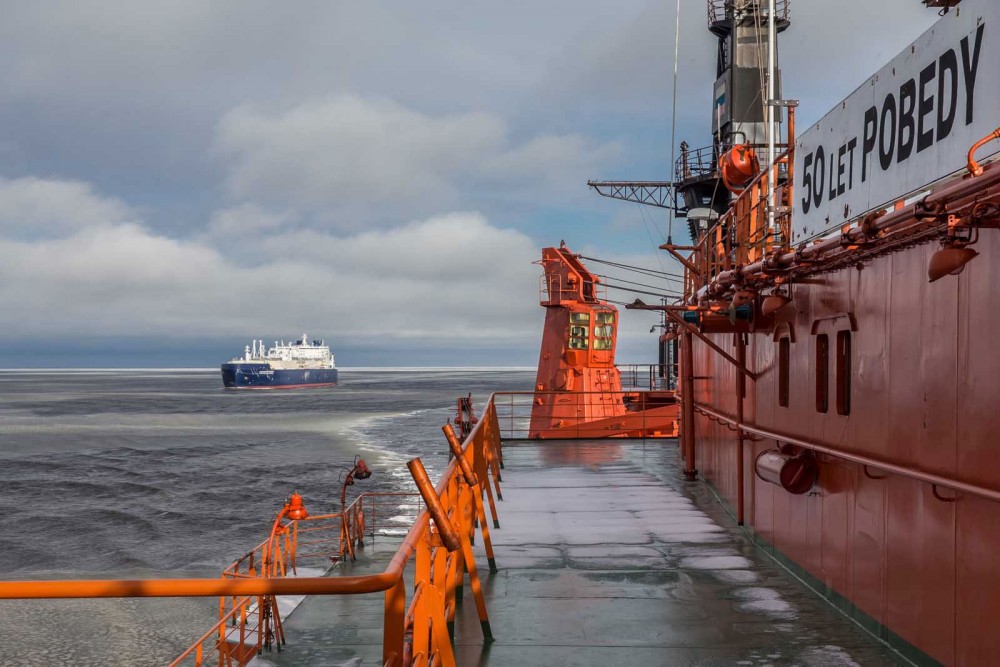 The base, which previously housed 12 submarines from the powerful Pacific Fleet, will soon become terminal for Novatek’s Arctic LNG.
Read in Russian | Читать по-русски
By

The Russian natural gas company now confirms that the projected transshipment hub will be located in Bechevinka, the abandoned Navy compound in Kamchatka. It will cost up to 1,5 billion and have a capacity of up to 20 million tons of LNG per year, Novatek Deputy Head Aleksandr Fridman told Interfax.

It will be a crucial component in Novatek’s out-shipment scheme for LNG produced in the Arctic. The energy company late last year started production of liquified natural gas in the Yamal LNG project and is aiming for a major expansion into several more Arctic LNG projects. A key share of the liquified gas is aimed at the Asian market and Novatek and partners are building a big fleet of ice-class carriers able to autonomously sail through Arctic waters.

In Bechevinka, the powerful specialised tankers will unload the LNG, whereupon conventional carriers will bring it further to the markets.

According to Interfax, preparations for the construction of the new terminal is already ongoing.

Novatek in October 2017 signed a cooperation agreement with the regional government of Kamchatka on the building of the new terminal. In a comment, company CEO Leonid Mikhelson underlined that the terminal “will allow us to optimize our transport logistics, more efficiently deliver LNG from the Arctic, stimulate the development of the Northern Sea Route and create a hub for deliveries of LNG to consumers in the countries of the Asian-Pacific region.”

Bechenvinka was originally built in the 1960s as base for submarines from the Soviet Pacific Fleet. In year 1971, a total of 12 subs from the 112th Submarine Brigade moved in, Wikipedia informs.

The village was a living society with eight three-floor housing quarters, a school, kindergarten, shop, post office, as well as boiler house. The only connection with the surrounding world was a ship which once a week sailed to the city of Petropavlovsk-Kamchatka.

The base was fully abandoned in 1996 and the submarines transferred to another nearby Navy base.