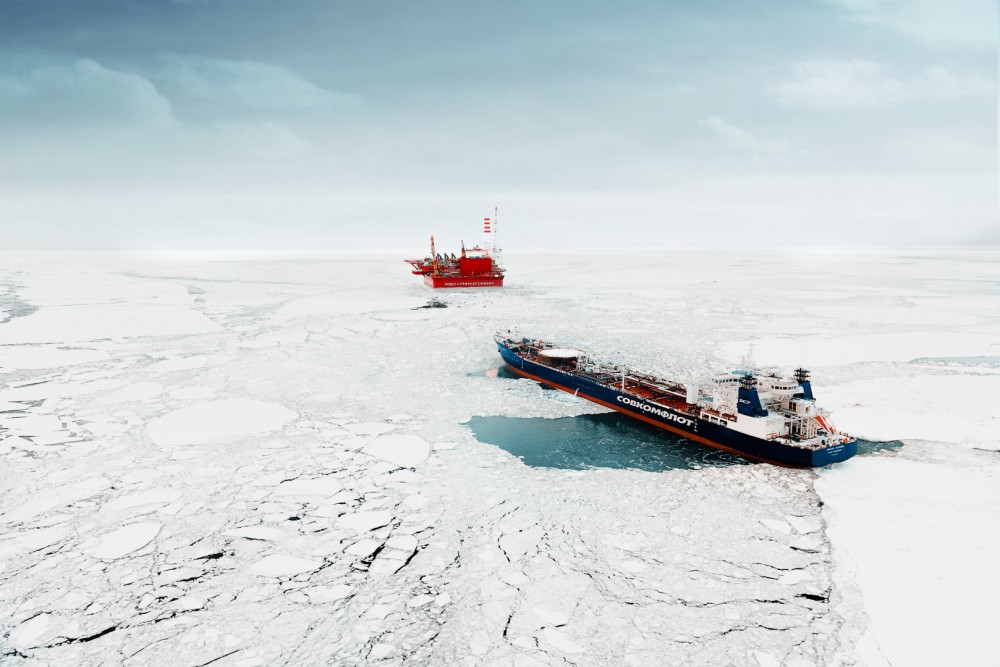 The Prirazlomnaya platform and one of two shuttle tankers delivering oil to Murmansk. Photo: Gazprom Neft

At this time of year, there has never before been such a complicated ice condition around Russia’s offshore Arctic oil platform «Prirazlomnaya».
Read in Russian | Читать по-русски
By

«It started in March-April and continues until this day,» says Gazprom Neft, the operator of the «Prirazlomnaya». The platform is based in the Pechora Sea and is Russia’s only oil-producing installation in Arctic waters.

The company, a subsidiary of natural gas company Gazprom, is now hiring a another icebreaker for clearing the waters around the platform. The 120-meter long «Vladivostok» is owned by state sea port company Rosmorport’s, built in 2014 and has a capacity of  17,5 MW.

«The engagement of the powerful icebreaker «Vladivostok» will provide faultless and secure loading of the shuttle tankers, safe supplies and emergency and rescue preparedness in the area around the platform,» the company says.

Data from vessel tracker system MarineTraffic show that there on Tuesday were two tankers and three support vessels around the Prirazlomnaya.

Ice conditions are difficult not only in the Pechora Sea, but also in the Kara Sea and the other parts of Russian Arctic waters. Ice mapping by the Russian Arctic and Antarctic Institute shows that almost the whole Kara Sea is full of very closed drift ice. The situation in the nearby Gulf of Ob is even more complicated.

State nuclear icebreaker company Rosatomflot last week informed that independent shipping in the area is «paralysed» and that LNG carriers and tankers are stuck. «We are back to the standards of the 1980s and 1990s,» said company representative Andrey Smirnov.