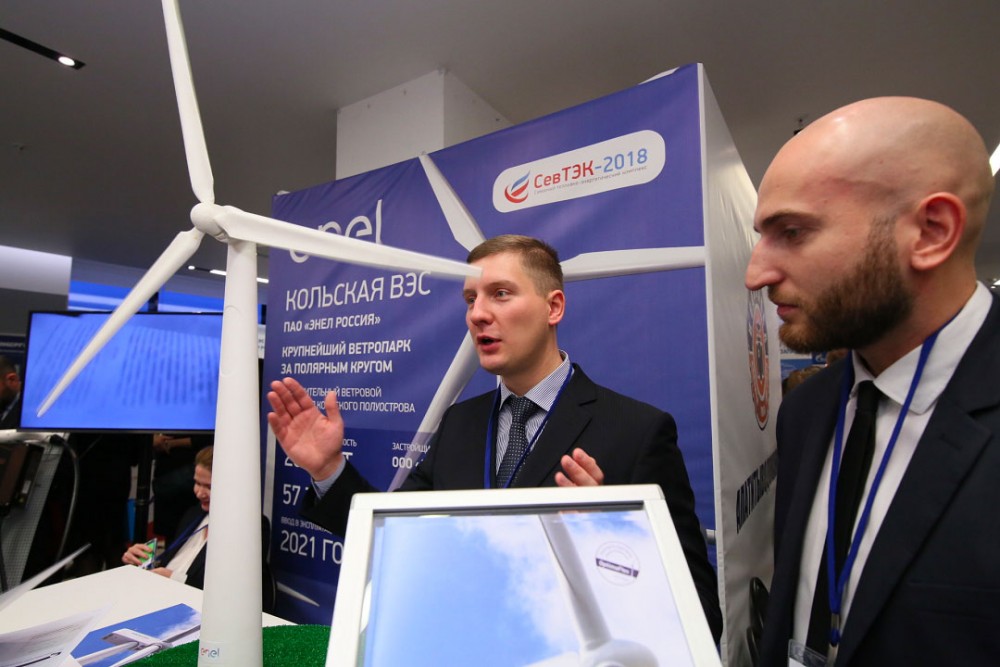 Company Enel admits the market situation is «difficult», but still proceeds with the development of a major wind farm in the Kola Peninsula.
Read in Russian | Читать по-русски
By

Leader of Enel’s branch in Russia, Carlo Palasciano Villamagna, on Tuesday signed a cooperation agreement with Murmansk Governor Marina Kovtun on the construction of a 201 MW wind farm in the region.

«This agreement is an excellent opportunity for both the company and Murmansk Oblast to spur growth on the basis of sustainable development», the company director said after the signing ceremony. «We are contributing to the diversification of Russian energy generation with projects on renewable energy sources», he underlined.

The project includes the building of a big number of wind turbines in an area located about 70 km northeast of Murmansk city. Here, on the open stretches of land along the Teriberka road, will a 201 MW farm stand ready in the course of year 2021.

The project will cost €273 million, the regional government informs. Electricity production will be up to 750 GWh.

It is a complex project, and the Russian Arctic region has no previous experience from the kind of industry. Also the economic part is unlikely to come easy. Enel Russia in its latest company report confirms that the market situation in Russia is «difficult». In the course of the first nine months of 2018, both power generation and revenues shrunk, Enel says.

The reason is excess capacity in the market as well as low demands in several regions, a financial report explains. Enel Russia in the first nine months of the year produced 28,504 GWh, a decrease of two percent from the same period in 2017. Financial results show a 2,4 percent drop in year-on-year revenues.

The Italian company in June 2017 won a tender on the construction of two wind projects in Russia, one in Murmansk and another in the southern Russian city of Azov. The tender was organised by the Russian government and had a total cost frame €405 million. It was part of a government bid to develop more renewable energy.

It is Enel’s first major engagement in Russia.

Wind power development in the Kola Peninsula is not a new idea. For several years, the Dutch company Windlife Energy and its Russian subsidiary Windlife Arctic Power lobbied for the development of a similar project on the very same spot that Enel now has started construction.

The company is now in the process of establishing its regional subsidiary Enel Rus Wind Kola. It is the Enel Green Power, the Italian company’s global unit on renewable energy that is the build the plant. The turbines are to be delivered by Siemens Gamesa.