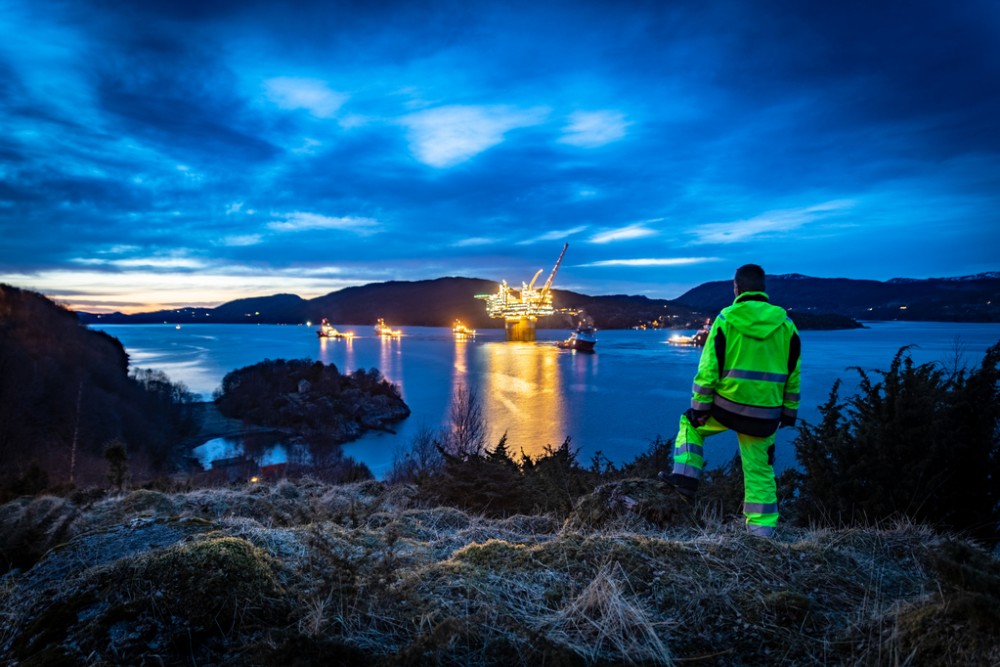 «Aasta Hansteen is a pioneer! Located in 1 300 metres of water, this is the deepest field development on the Norwegian continental shelf (NCS), the largest spar platform in the world, and a first on the NCS. The field now coming on stream is unique,» says Anders Opedal, Equinor’s executive vice president for Technology, Projects and Drilling.

Production started on the 16th December and from the 17th natural gas from the field is available to the market. The Aasta Hansteen holds about 55,6 billion cubic meters of natural gas.

The field is located about 300 km off the coast of mainland Norway. Water depth in the area are down to 1,300 meters and weather conditions harsh. It is the second Norwegian natural gas field in operation north of the Arctic Circle.

Production is made from a floating platform moored to the seabed. The 339 metres tall, 70 000 tons heavy installation was towed to the production site in April this year.

It is connected with the 482 km long Polarled natural gas pipeline, which enables the project partners to easily export the gas to European buyers.

The Polarled was completed in 2015 and has a capacity to handle up to 70 million standard cubic metres per day. It will be able to handle all the natural gas produced at the Aasta Hansteen, as well as several surrounding fields.

Equinor is the operator of the Aasta Hansteen with an ownership interest of 51%. The other licensees are Wintershall Norge AS (24%), OMV (Norge) AS (15%) and ConocoPhillips Skandinavia AS (10%).