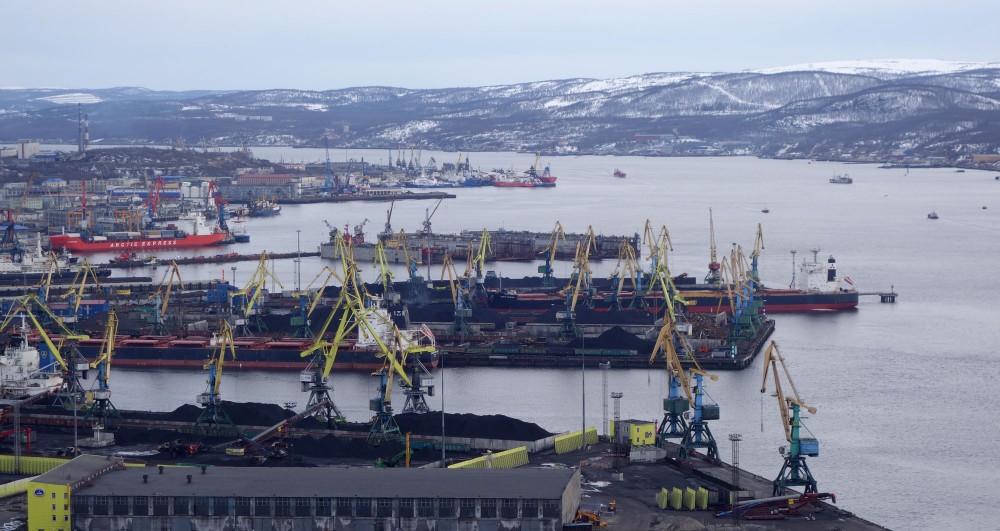 Goods volumes in Sabetta increased by more than 130 percent and Murmansk had its best year ever.
Read in Russian | Читать по-русски
By

Goods volumes across the Russian Arctic were up almost 25 percent in 2018, information from the Russian Transport Ministry shows. A total of 92,7 million tons was handled by regional seaports, of which almost 70 percent was oil products and liquified natural gas.

The by far biggest growth is found in Sabetta, the port handling liquified natural gas produced by Novatek in the grand Yamal LNG project. The port located on the northeastern tip of Yamal Peninsula in 2018 handled a total of 17,4 million tons of goods, an increase of 130 percent from 2017.

The remote seaport has in only few years become one of Russia’s most powerful infrastructure objects.

Also the other key seaports in the Russian north are experiencing a significant growth. Port installations in Murmansk in 2018 handled a total of 60,7 million tons, which is 18,1 percent more than the previous year.

Never before in the post-Soviet period has Murmansk had such high shipping volumes. The previous high was set in 2010 when 56,6 million tons was handled.

Several companies are involved in terminal activities in Murmansk, among them the Murmansk Commercial Seaport. In 2018, the company handled 16,25 million tons, which is a 3,5 percent increase from 2017, port General Director Aleksandr Masko said in a recent press conference.

A lions share of goods shipped out from Murmansk is coal. In addition comes iron, nickel and apatite concentrates, as well as construction materials and several other kinds of goods.  The biggest growth in local shipping is oil and gas, much of which is reloaded in ship-to-ship operations.

Also the port of Arkhangelsk in 2018 experienced signifiant growth. Goods volumes amounted to 2,8 million tons, an increase of 15,5 percent compared with 2017.

Not all regional ports saw growth in 2018. Lukoil’s Varandey terminal, the installation located on the coast of the Pechora Sea, had a decline in volumes by as much as 15,3 percent, Infranews reports. The terminal in 2018 handled a total of 7 million tons of oil.

The decline in deliveries from Varandey is related to the conflict between operator Lukoil and Rosneft. The latter demands a reduction in tariffs on the oil shipped out from site. In a sign of protest, Rosneft in 2018 introduced a 50 percent production cut in the fields delivering to Varandey.

The goods turnover in regional port is reflected in the growing Russian shipping through Arctic waters. In 2018, the volumes of goods shipped on the Northern Sea Route amounted to more than 18 million tons.