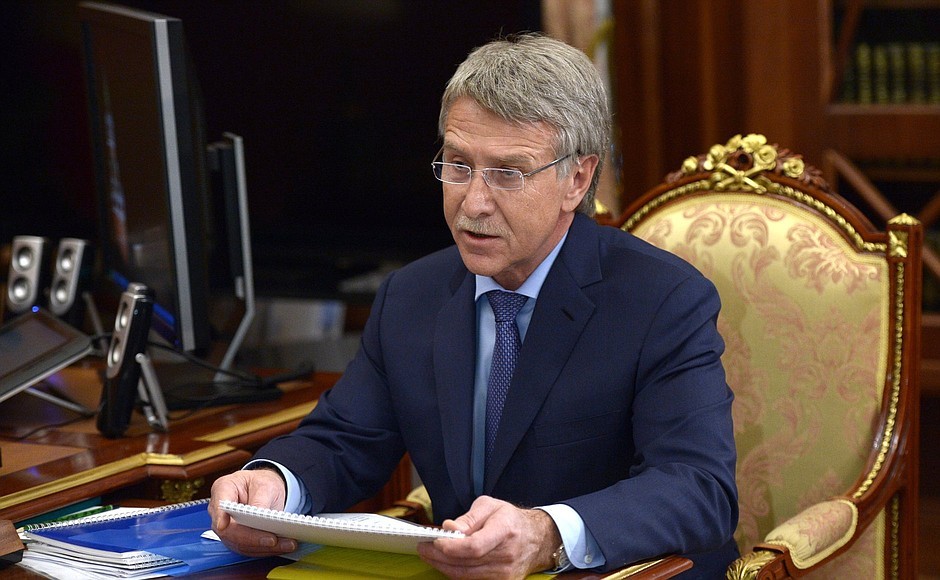 CEO of Russian private natural gas producer Novatek, Leonid Mikhelson, has a net worth estimated at $24 billion by Forbes.
Read in Russian | Читать по-русски
By

Leonid Mikhelson is now the wealthiest person in Russia. The richest of the 98 Russian businessmen (including two women) ranked at Forbes World’s Billionaires List.

Last year, he was ranked 3rd on the list with a net worth estimated to $18 billion, as reported by Barents Observer.

With principal operating areas on the Yamal Peninsula, Novatek is currently the largest industrial investor in the circumpolar Arctic. In December 2017, it started production of liquid natural gas (LNG) at the Yamal LNG plant in Sabetta. Now, the Arctic LNG 2 project sails up, by Novatek itself estimated to cost $25,5 billion.

Arctic LNG 2 project includes construction of three trains to be places on floating platforms in the Ob Bay, each with an annual production capacity of 6,6 million tons LNG. In total 19,8 million tons per year. The platforms and production units are to be built in Murmansk where thousands of workers already are preparing a new yard in Belokamenka on the west side of Kola Bay.

With the yard in Murmansk, the operating Yamal LNG and the coming Arctic LNG 2 projects, no other companies in the circumpolar Arctic are near to invest as much as Novatek. The company brings on other investors and petroleum partners to its Arctic portfolio. On Tuesday, the French energy giant Total announces it acquires 10 percent of the Arctic LNG 2 project, supposed to launch production in 2023.

The Arctic LNG 2 will be based on the resources of the Utrenneye natural gas field in peninsula Gydan across the Ob Bay from Yamal Peninsula. All LNG will have to be shipped out to the world market via the icy Northern Sea Route.

Additional to his shares in Novatek, Mikhelson in 2017 bought 17% of the shares in Sibur petrochemical company. Gennady Timchenko, another of Russia’s billionairs on the Forbes List and a friend of President Vladimir Putin, is partner with Leonid Mikhelson in both Novatek and Sibur.

Other Russian businessmen on Forbes List and with huge industrial production in the Arctic include CEO of Nornickel Vladimir Potanin, majority shareholder in Eurochem Andrey Melnichenko and chairman of Severstal Alexey Mordashov.

Vladimir Potanin, infamous for operating the largest air-polluters in the Arctic, has according to the Forbes List a personal wealth of $18,1 billion. Up about $2 billion from 2017 to 2018. Potanin owns through his company Interros about 25% of Nornickel, the world’s largest nickel producer with factories on the Kola Peninsula and in Norilsk on the Taimyr Peninsula in Siberia, all inside the Arctic Circle.

Nornickel is also a major producer of copper and cobalt.

… We hope you liked this article.
Support independent, nonprofit journalism. Since 2003, the Barents Observer has provided serious, fact-based journalism and stories from the Barents region and the Arctic. Please help us continue to be a voice for press freedom in the borderland to Russia. Get engaged and give a small donation.