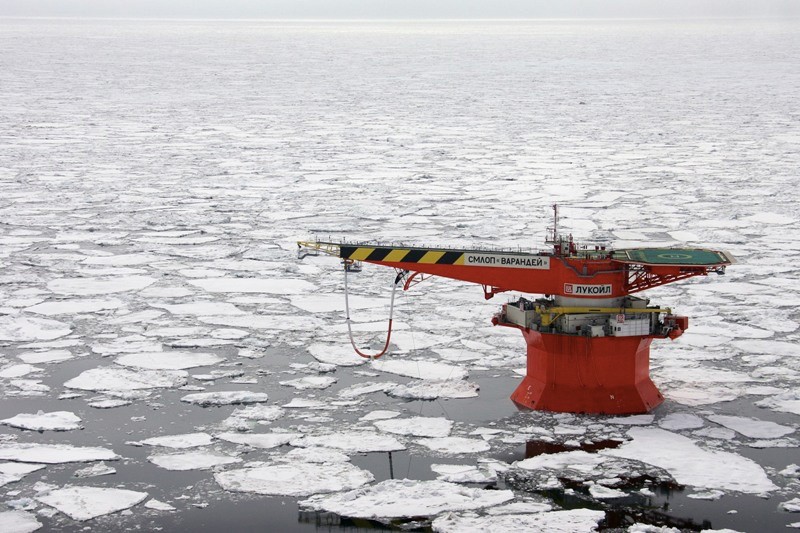 The Varandey terminal is located 21 km off the Russian Arctic coast. Photo: Lukoil

The terminal located on the remote Arctic coast of the Nenets Autonomous Okrug has turned into the center of a court brawl between the two Russian oil majors.

The object is owned by Lukoil and used primarily for export of the company’s oil produced in the nearby Nenets tundra. However, since 2016, Rosneft has controlled two regional oil fields that deliver their production to the terminal. Since then, conflict between the parts has aggravated.

The fields of Trebs and Titov produce about 2 million tons of oil per year and are owned by Bashneft-Polyus, a joint venture controlled 75,1 percent by Rosneft. The remaining 24,9 percent is owned by Lukoil.

Rates for Varandey terminal amount to $38 per ton of oil. That is too much, Rosneft says and demands a reduction to only $12-13 per ton, RBC reports.

In October 2018, Rosneft took its case to the Federal Antomonopoly Service and soon won support for its stance.

That was met by a harsh reaction from Lukoil. In an interview, company leader Vagit Alekperov made clear that he intends to take the case to «a victorious end» in court. On 10th April, the company appealed the decision by the Antomonopoly Service in court.

The case will be addressed by the court on 30th May, RBC reports.

A loss in court could have serious economic consequences. Fines could amount to more than 2.5 billion rubles (€34 million). In addition, if the court sets the Varandey terminal rates to $12 per ton, Rosneft could potentially demand up to $200 million in compensation for the “excess payments” since the launch of the Titov and Trebs fields in 2013.

The Varandey terminal was built by Lukoil in 2008 and has an annual out-shipment capacity of 12 million tons. The terminal is located in shallow Arctic waters 21 km from the coast. A fleet of ice-class tankers shuttle the oil to terminal facilities in Murmansk. The Varandey is connected by pipeline to several of Lukoil’s fields in the area, among them the Yuzhno-Khilchuyu field.

The conflict with Rosneft has resulted in a decrease in out-shipments from Varandey. In the first eight months of 2018, a total of 4,5 million tons of oil was handled by terminal, which is a 22 percent drop compared with same period in 2017.