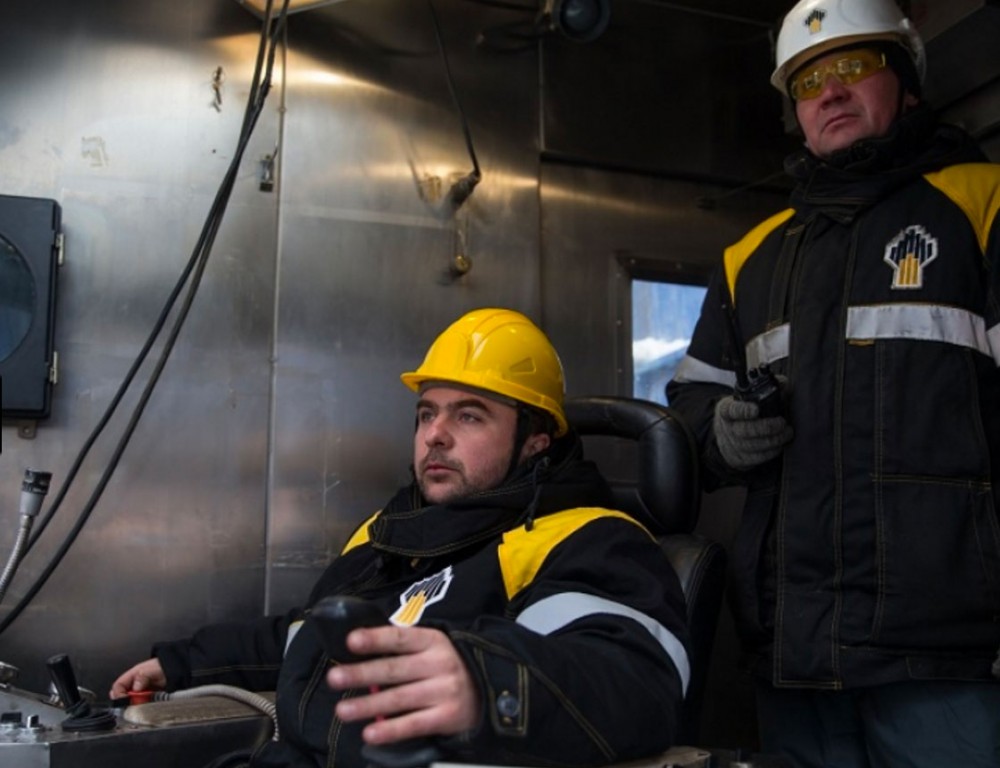 Oilmen preparing for drilling in the Kara Sea. Photo: Rosneft

Five years after it found one of the largest oil fields in Arctic waters, Rosneft makes clear that more drilling in the Kara Sea is coming up.
Read in Russian | Читать по-русски
By

Together with regional authorities in Taymyr, the far northern peninsula, Rosneft last week held public hearings on its upcoming oil exploration in the Vostochno-Prinovozemelsky-2 license area.

The operations are due to take place during the ice-free season of 2020, a representative of the company’s Arctic research department told the local audience.

In case of bad weather conditions, the drilling could be postponed to 2021, the company representative made clear.

It will be a 101 meter long, 80 meter wide semisubmersible drilling rig that will be applied. Onboard will be up to 150 people.

The meeting was organized by Rosneft in cooperation with local authorities. It took place in Dudinka, the port town in the Taymyr Peninsula, news agency PortNews reports with reference information from the local government website.

The well to be drilled next year is called the Ragozinskaya.

The exploration comes at least six years after Rosneft made a huge discovery at its University-1, a well located in the Vostochno-Prinovozemelsky-1 license area. The well, which later was named «Pobeda» (Victory), turned out to hold more than 125 million tons of oil. And resources could be far higher, Energy Minister Aleksandr Novak later said, and indicated that it could be as much as 500 million tons.

Back then, it was partner ExxonMobil that signed the paychecks and contributed with key resources, and a Norwegian rig that did the drilling. A big number of Norwegian oilmen were also involved.

The discovery of the «Pobeda» was made at the same time as Russia annexed the Crimea and Western sanctions soon followed.

In February 2018, representatives of ExxonMobil confirmed that the company was pulling out of its comprehensive Arctic cooperation with Rosneft. The reason was the sanctions imposed on Russia, the company explained.