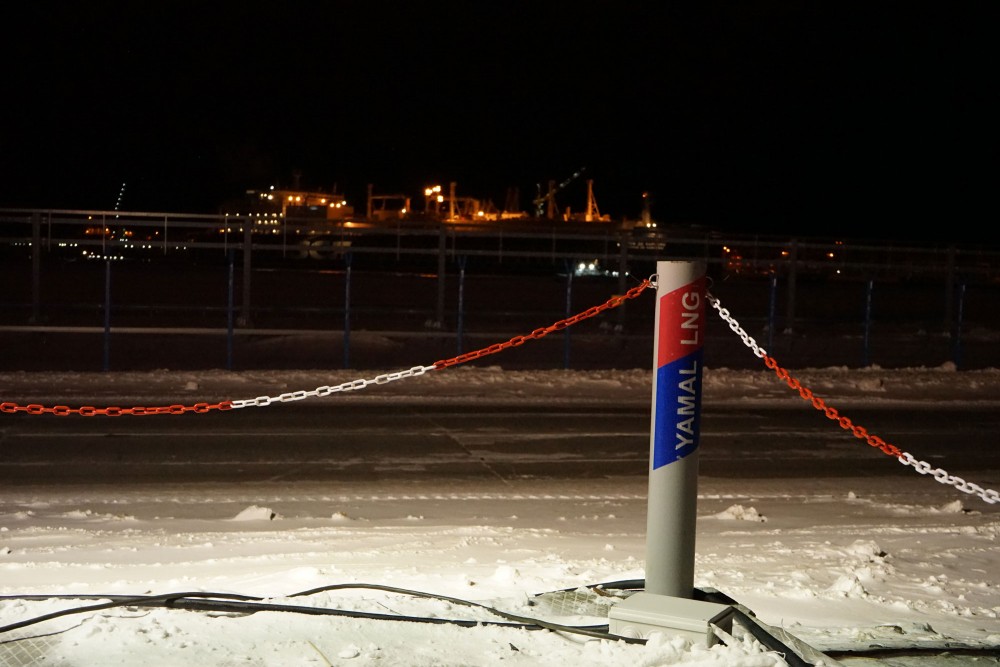 The «LNG Dubhe» is the first Chinese-built carrier made for the Russian Yamal LNG project. The shipyard in Shanghai has another 3 vessels in the line.
Read in Russian | Читать по-русски
By

A name ceremony was held on the waterside of the Hudong-Zhonghua Shipbuilding yard on the 24th September, and the «LNG Dubhe» is expected to start commercial sailing in October.

The tanker is built for a partnership of Japanese company Mitsui O.S.K. Lines and China’s COSCO. It is the first of four vessels of the kind to be delivered by the Hudong-Zhonghua yard, the companies inform.

From before, the Japanese-Chinese partnership has three carriers operating for the Yamal LNG project. Those tankers, the “Vladimir Rusanov», «Vladimir Vize» and «Nikolay Urvantsev», are all built at the South Korean yard Daewoo Shipbuilding & Marine Engineering.

However, while the Korean-built ships all have top Arc7 ice-class and can operate in the harsh and icy waters of the Russian Arctic, the new ships from China are unlikely to ever make it into the ice.

The «LNG Dubhe» has open-water design with shaft lines and a bulbous bow, and is consequently not designed for Arctic conditions.

The tanker will be engaged in the transport of LNG from transshipment terminals in Europe or a location where ship-to-ship transfer operations are carried out, Mitsui O.S.K. Lines informs.

That means that the ship is likely to be a frequent visitor to Murmansk where transshipment hubs now are under development.

According to Novatek, the Russian natural gas company, a temporary ship-to-ship reloading facility will stand ready for operations near the Kildin island from December this year. In 2022, a permanent LNG terminal will be operational in the fjord of Ura Guba.

Novatek’s partners will in the course of 2019 have a fleet of 15 ice-class LNG tankers made for shuttling to and from Sabetta, the terminal in the Yamal Peninsula. The ships are all designed by Finnish company Aker Arctic and built by the Daewoo Shipbuilding & Marine Engineering.