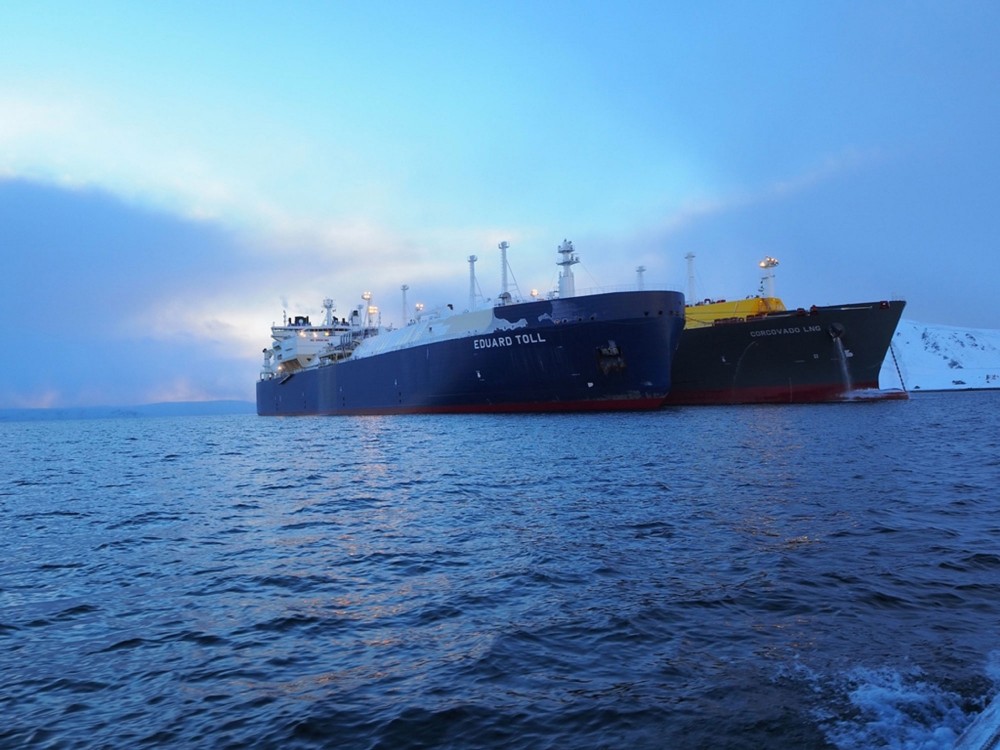 The projected reloading terminal for LNG in Ura Bay outside Murmansk has been fully approved by Russian military authorities, Novatek leader Leonid Mikhelson assures.
Read in Russian | Читать по-русски
By

It would normally be a lost case to try to build a natural gas terminal just few kilometers from a nuclear submarine base. But for Leonid Mikhelson and his Novatek, the impossible increasingly appears to be be possible.

The company leader now confirms that the building of the reloading terminal in the Ura Bay, near the Northern Fleet base of Vidyaevo, is in the process and that operations will start in year 2022.

«The project has been approved by the Ministry of Defense and all other parts, and is planned to be launched sometime in 2022,» Mikhelson told a local TV channel. «There are significant capital investments included,» he underlined.

Just few kilometers from the projected terminal site is located the closed military town of Vidyaevo. The Ura Bay is ice-free year-round and considered among the most favourable spots for shipping and logistics on the Kola Peninsula. In the mid-2000s, company Gazprom long considered to build a hub for its projected Shtokman field in the area. The local Navy base today houses several nuclear-powered submarines, including Sierra-II and Victor-III vessels.

The Novatek leader has previously indicated that French company Total will get a leading role in the project and that it ultimately could get operator responsibilities for the new infrastructure object.

Total is partner with Novatek both in the Yamal LNG and the Arctic LNG 2. The former came into production late 2017 and now produces to 16,5 million tons per year, while the latter is due to launch production in year 2023.

The natural gas terminal is due to serve both projects. Ice-class tankers will shuttle to Ura Bay and conventional tankers will bring the LNG further to international markets.

Until the terminal in completed, Novatek will apply ship-to-ship reloading outside the island of Kildin.

«We are now planning to do temporary reloading in the area of the Kildin Island», Mikhelson says and adds that the nearby Port of Murmansk has been extended in order to handle the operations.

Novatek previously did ship-to-ship reloading of LNG in Honningsvåg, the Norwegian Arctic town.

The company leader this week visited Murmansk where he handed over a number of new new hospital ambulances to regional Governor Andrey Chibis.

Murmansk is increasingly becoming a strategically important region for Novatek. The company will not only have the reloading facility in Ura Bay, but also the major plant in Belokamenka. The plant will build the platforms that will serve the Arctic LNG 2 and subsequent Arctic LNG projects.