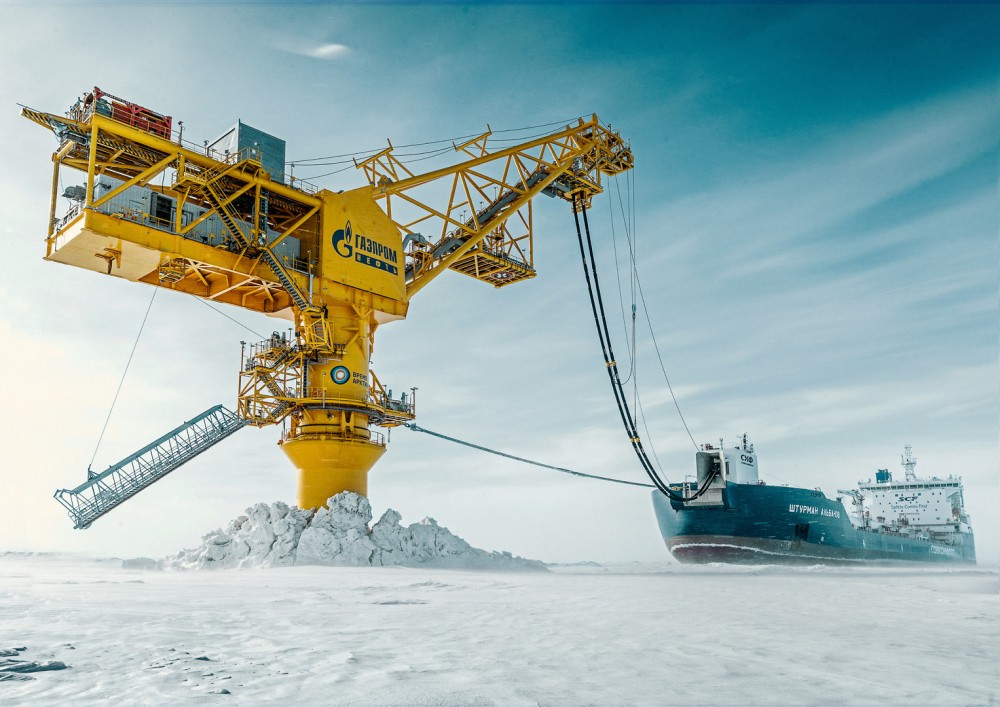 The Novy Port project includes export of oil through a terminal in the Gulf of Ob and soon also natural gas from new pipeline. Photo: Gazprom Neft

With its 250 million tons of reserves the Novy Port is among the biggest oil fields in the Russian Arctic. Since 2015, Gazprom Neft has produced oil on these remote tundra lands located in the Yamal Peninsula adjacent to the Gulf of Ob, the great waterway leading from the north Ural region to the Arctic Ocean.

According to the company, the Arctic Gate terminal has capacity to deliver 8,5 million tons of oil per year.

These reserves are now high on the company’s investment agenda.

A processing plant is to be built on site and a pipeline is to connect it with existing gas pipeline on the eastern side of the bay.

Ultimately, gas from several more fields in the area could be connected to the new pipeline, the company informs.

The new piece of infrastructure will be 115 km long and capable of carrying 22 billion cubic meters per year. More then 58 km of the pipeline will be laid in the shallow seabed of the Ob Bay.

The project was in September 2019 approved by state consulting company Glavgosekspertiza.

The pipeline is due to be ready for operations in year 2022.

Gazprom Neft, a daughter company of state-controlled Gazprom, owns a series of major hydrocarbon licenses in the Russian far northern region. Among new fields is the Khambateyskoye, a license obtained in January this year. Among other licenses is the Kamennomysskoye, an area located offshore in the Gulf of Ob.

In 2019, the company won licenses to a total of 32 new fields, among them several in remote Arctic areas. A total of 12 new licenses includes exploration and drilling in the Taymyr Peninsula, while two fields licenses are in the Gydan peninsula. The new licenses prepare the ground for the development of a new Arctic cluster on the coast of the Arctic Ocean, the company says.