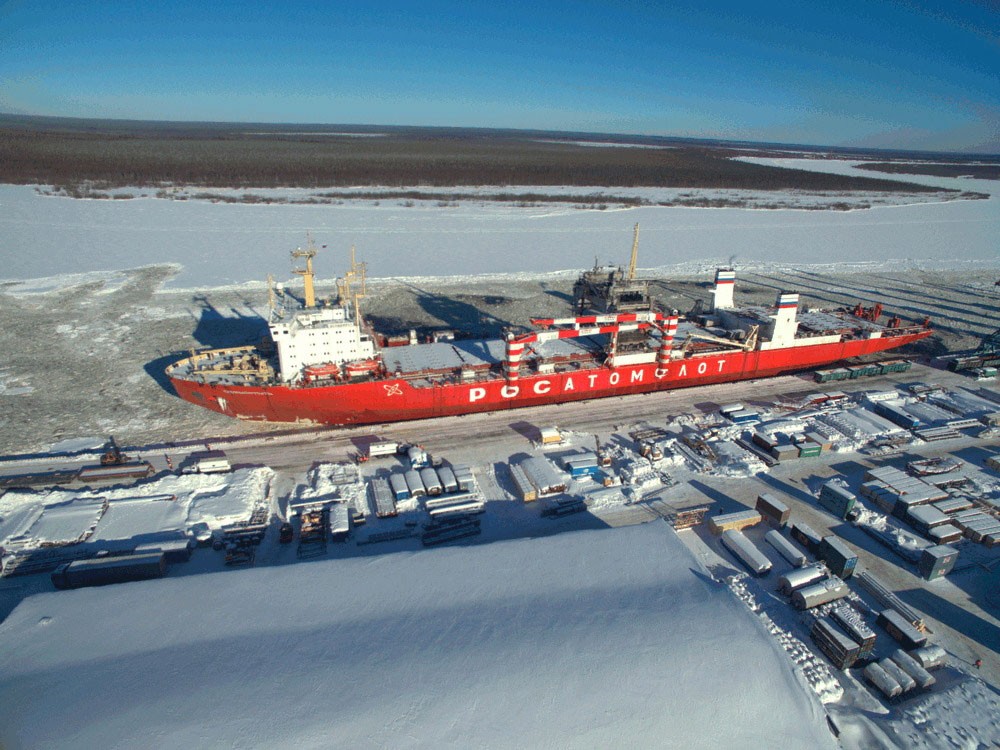 The world’s only vessel of the kind broke through thick Arctic ice on its way to the Utrenneye port.
Read in Russian | Читать по-русски

Only few weeks after it got its propellers shifted and hull maintained in St.Petersburg, the «Sevmorput» this week arrived in the Utrenneye port in Gydan, the peninsula that now is key investment area for natural gas company Novatek.

On board the nuclear-powered container ship was 20,000 tons of goods, most of it construction materials for the Arctic LNG 2 project, ship owner Rosatom informs.

It is the third time that the «Sevmorput» makes the voyage from Arkhangelsk to Gydan. In March 2019, it set a record as the biggest ship ever to sail up the Northern Dvina towards Arkhangelsk. On the 27th March that year, the ship delivered 29,000 tons of cargo at Utrenneye.

Ice lays thick both in the Northern Dvina and in the Gulf of Ob in March. The «Sevmorput» has icebreaking capacities and can make it through more than one meter thick ice.

The Arctic LNG 2 is built on the eastern banks of the Gulf of Ob, in the Gydan Peninsula. The natural gas project includes the development of the field and adjacent infrastructure, including a sea terminal, roads, housing facilities and an airport. Production will be made from floating gravity-based structures (GBS) currently under construction in Murmansk.

Production on site is due to start in year 2023.

The Arctic LNG 2 will produce a projected 19,8 million tons of LNG per year. It includes three development trains of 6,6 million tons of LNG each. The natural gas will be shipped out through ice-covered waters with a new fleet of ice-class carriers to buyers in Europe and Asia.