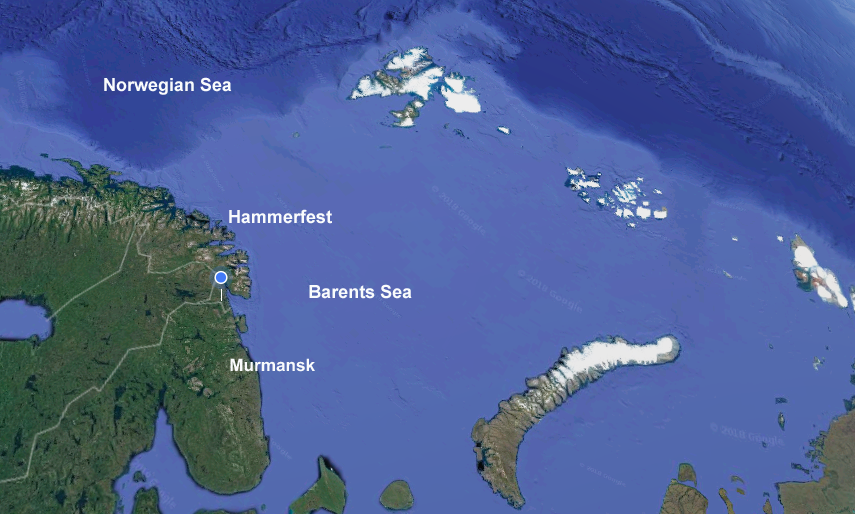 The oil industry’s dream about a new oil province in the European Arctic seems to dissolve after years of unsuccessful test-drillings.
Read in Russian | Читать по-русски
By

On Monday, as crude-oil dropped below $20 for a short while, the Norwegian ministry of oil and energy proposed to include 36 new blocks in this year’s licensing round.

Surprisingly, though, none of the blocks are in the Barents Sea, a move unseen from the ministry since the times before Norway and Russia in 2010 signed the maritime delimitation treaty for the Barents Sea.

The northernmost proposed blocks are west of Helgeland, at the Arctic Circle.

“Awards in pre-defined areas contribute to the exploration of the well-known parts of the shelf, and they are sought-after by the companies,” said Minister for Petroleum and Energy, Tina Bru.

“In these challenging times it is important to plan for the future,” the minister underscored.

A year ago, Norway’s oil major Equinor had to admit that it’s drilling near the maritime border to Russia in the Barents Sea ended without any findings. The Gjøkåsen Deep, part of license 857, was believed to hold a significant hydrocarbon potential.

This January, Swedish-based Lundin said their drillings at Alta and Gohta field in the western part of the Barents Sea had shown that the blocks were no longer considered to hold commercially viable resources.

Last week, Equinor said the grand plans for drilling and field developments in the Barents Sea are facing delays and postponements.

Aker BP faces similar problems, saying its planned drilling at Stangnestind, located immediately adjacent to the maritime border to Russia in the Barents Sea, will be postponed.

The changes in the interest in Barents Sea oil have occurred quickly. Four years ago, Norway’s then oil minister Tord Lien smiled broadly when opening the world’s northernmost oil platform for production.

“Today starts a new chapter in Norwegian petroleum history,” the minister said a few months later when the 23rd licensing round with a big focus on the Barents Sea was announced by the government.