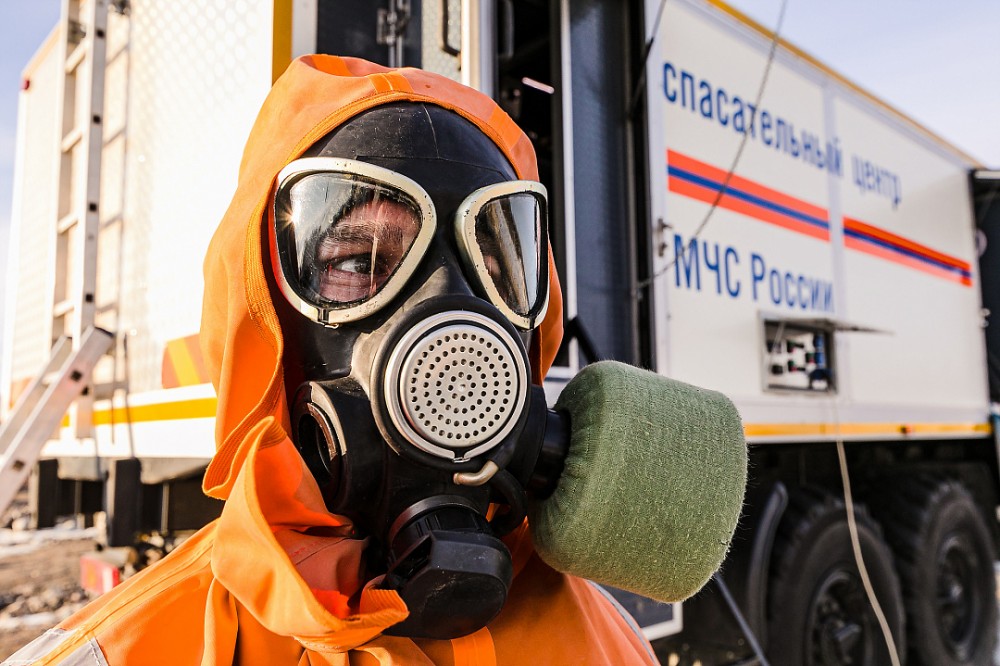 Dramatic increase with hundreds of new cases confirmed over the last week in the district of Novatek’s construction site north of Murmansk where the numbers of workers infected by the coronavirus surpass 1,000 on Friday.
Read in Russian | Читать по-русски
By

This article was updated on April 30th with the new confirmed numbers.

Three weeks after the first coronavirus cases at Belokamenka were made public the situation now seems out of control. Regional authorities in Murmansk could late Thursday evening confirm another 80 cases of coronavirus in the Kola district where Russia’s Ministry of Emergency Situations has rushed to establish a tented field hospital.

Last Friday, the number peaked at the highest day-by-day increase of 192, followed by another 105 when the number was updated last Saturday.. 16 more were added on Sunday, followed by 60 more on Monday.

1,006 Belokamenka workers have so far tested positive to the coronavirus, the regional authorities in Murmansk reports via the Vkontakte page monitoring the outbreak.

Up to 11,000 thousands workers are packed in barracks at the largest industrial construction site anywhere north of the circumpolar Arctic Circle.

Belokamenka (the White Stone) is where Russia’s largest private-owned natural gas company, the Novatek, is building Kola Yard supply base aimed to support the upcoming Arctic LNG-2 project in the Ob Bay in Siberia.

With the sharp increase this weekend, there are now 1,056 confirmed coronavirus cases in the Murmansk Oblast (county), of which more than four-fifths are at Belokamenka.

Questions can be asked why construction work was not shut down after the first 4 positive tests at Belokamenka were confirmed to the public on April 9th.

Novatek has not replied to questions from the Barents Observer about why not more protective measures are taken and why construction has not been terminated earlier.

The vast majority are fly-in, fly-out employees of which many are foreigners from China, Turkey, and Central Asian Republics.

One of the contractors at Belokamenka, the Velesstroi, this week announced it will partially suspend work. The company is now trying to regroup employees, sending them to 14-days isolations at other locations than the barracks in Belokamenka.

The move only affects those who have not tested positive to the coronavirus, Velesstroi writes in a statement.

“The people going to isolation will be sent to hotels, rest houses and boarding houses in a number of regions in the Russian Federation,” the statement reads.

Regional news online mmk.news, known for monitoring air traffic to and from Murmansk, could report about a Ural Airlines Airbus-321 with 220 seats arriving in Murmansk on Monday to bring out Velesstroi workers from Belokamenka that are citizens of Kyrgyzstan, Tajikistan and Uzbekistan.

The return flight out of Murmansk, however, was delayed and the destination changed from Moscow to Samara.

Shortly before departure, repeated tests revealed a large number of infected among the about 200 passengers.

The video below shows many hundreds of workers at the construction site lining up to the canteen where social distancing seems to be an unknown phenomenon.

On Sunday last week, two huge cargo planes from Russia’s Ministry of Emergency situations landed in Murmansk loaded with a field hospital that in record speed has been erected near the village of Mezhurechye in Lavna, not far from Belokamenka.

With the hospital follows 130 specialists, including medical doctors. The tent-style field hospital has 10 mechanical ventilators, X-rays machine and other necessary equipment.

By April 30th, 1,227 cases of coronavirus were confirmed in the Murmansk region, according to the regional authorities. Four-fifth of those cases are in the district of Novatek’s Belokamenka construction site. 1,125 are in hospitals, while 98 have recovered and are no longer under medical care.

Four people have died from the coronavirus in the Murmansk region, according to the official data.

So far, 1,073 people have died from the coronavirus in Russia.