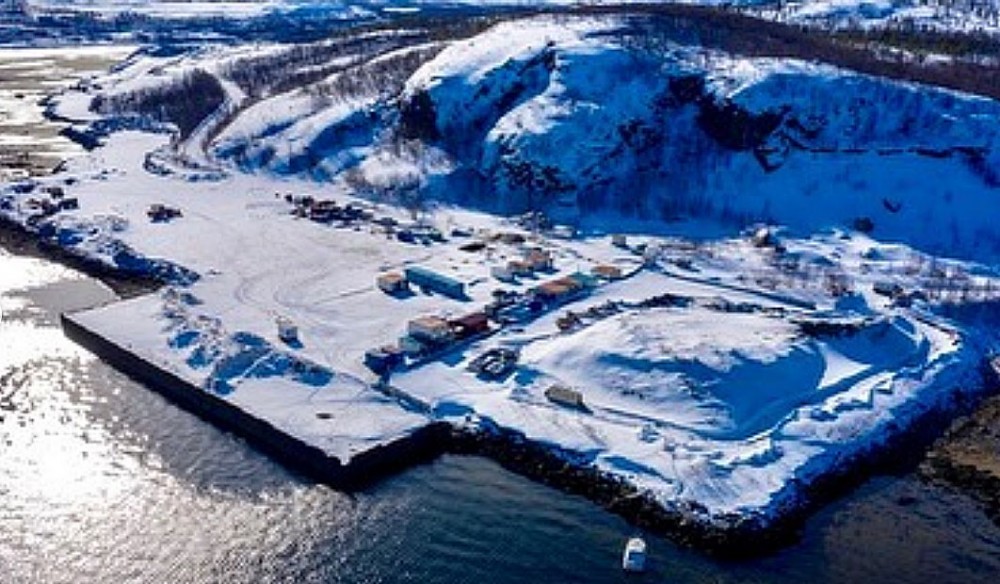 The site of the Lavna terminal. Photo: morport.ru

A new phase in the construction of the terminal has now begun, says Russian state maritime authorities.
Read in Russian | Читать по-русски
By

The terminal that is built on the western side of the Kola Bay will have capacity to handle 18 million tons of coal per year and is due to stand fully completed in year 2022.

According to the Federal Agency for Maritime and River Transport, the construction phase on site is now entering a new phase. Ongoing is vertical arrangements of the ground which will pave the way for the main part of construction works, the agency informs on Instagram.

The development has also been reported on by news agency PortNews.

The port side will be 660 meter long and capable of simultaneously handle two vessels up to 150,000 tons big. According to developers, Lavna will be one of the most modern sea terminals in Russia.

“Murmansk will have the most modern ice-free port in the country,” then Deputy Prime Minister Maksim Akimov underlined when he visited the construction site in June 2019.

“It will be of great need for our country,” he added.

The terminal is estimated to cost 34 billion rubles (€427 million). It will be connected with a 41 km long new railway that stretches to Vykhonoy, a railway crossing in the Kola Peninsula.

Murmansk Governor Andrey Chibis in August 2019 said that the railway was 48 percent ready.

The developers of the Lavna terminal includes the Center for Development of Port Infrastructure (30%) and Biznesglobus (20%). In addition, the Sibirsky Delovoy Soyuz and the Russian Railways hold respectively 25 percent and 10 percent.

The new ownership constellation was approved by Russian federal authorities in February 2019 and a project contract was signed on 17th April that same year.

Second track on railway to Murmansk gets extra funding